That’s Men: To understand others’ emotions, first understand your own 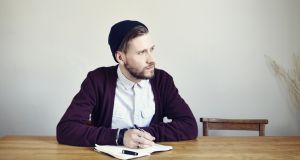 When the emotional side of the relationship is going badly, men feel less connected to their partners. The woman, on the other hand, feels dissatisfaction with the relationship.

That’s according to a study by psychotherapist Mary Beirne who studied the emotional awareness of 46 couples, most of whom were enrolled in pre-marriage courses either with Relationships Ireland or with Accord. Results underline some interesting differences between men and women.

For men, for instance, a good relationship is about shared activities and a good social interaction, she found. For women, sharing thoughts and feelings is the key.

She also found that when the emotional side of the relationship is going badly, men feel less connected to their partners. The woman, on the other hand, feels dissatisfaction with the relationship.

So the man might seem to her to be withdrawn emotionally, while she might seem to him to be flooding him with demands and criticism. (That, by the way, is my interpretation and not necessarily Beirne’s.)

You’ll see this playing out sometimes with couples whose relationship is in a very bad state. The man sits silently at one end of the settee, leaning away from his wife, with nothing to say. His wife leans forward, pressing her case so strongly and emotionally that he feels overwhelmed. Both are in pain and neither really understands what the other is going through. This is a fairly common scene in the counselling room. When that scenario continues for long enough and goes deep enough, the relationship is heading straight for the rocks.

I think it’s really important for men and women to recognise that each has a different style: for example, that engaging in activities together (the men’s preference) and expressing emotions (the women’s preference) are equally valid ways of expressing one’s commitment to a relationship. Each needs to respect the other’s style.

Most importantly though – if Beirne is right, and I think she might be – is that instead of each person trying so hard to change the other, or to avoid being changed by the other, each should try to understand themselves and especially how they handle emotions.

In other words, getting good at understanding emotions in a relationship doesn’t involve studying the other person. It involves studying yourself. That makes sense, although we often forget it: your own emotions, after all, are the only ones you can really experience.

So looking at your own relationship with yourself is more beneficial for a couple than “working” on your partner. That can be hard to accept, given that we live in an era in which we are beset with the silly notion that each partner should be accomplished at meeting all the needs of the other.

Emotional awareness, as the name implies, means that you can recognise your own emotions and the emotions of other people. Sounds pretty obvious when you say it like that, but you’d be surprised at how many people are really bad at recognising emotions.

If you want to get good at recognising and understanding emotions, especially in a relationship that matters to you, then whether you’re a man or a woman, spend more time looking into the emotional mirror. And that will do more for the health of relationships, at least of those that can and should be saved, than all the fighting in the world.

Beirne’s report on her study appears in the winter edition of Éisteach, the quarterly journal of the Irish Association for Counselling and Psychotherapy.

Padraig O’Morain is a counsellor accredited by the Irish Association for Counselling and Psychotherapy. His latest book is Mindfulness on the Go. His mindfulness newsletter is free by email. pomorain@yahoo.com

Why is it so hard to find an allotment in Ireland?
5

What are your funeral options if you don’t believe in God?
7