Reframing dementia as a disability and a human rights concern

No matter how severe a sufferer’s cognitive difficulties, they are still a recognisable human being that must be treated with dignity and respect 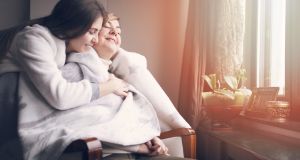 “We need to reform our language around dementia and stop regarding sufferers as sub-human and ‘no longer there’.”Photograph: iStock

All too often we hear dementia referred to as the thief that steals the individual; the person is the “patient” or “sufferer”, a “shell of her former self”; the family caregiver is the “hidden victim” and the increase in the number of people with Alzheimer’s disease is a “rising tide/tsunami”.

Words are powerful and influence how we perceive and interact with people. These words do nothing to promote the agency, dignity and humanity of the individual who, no matter how severe their cognitive difficulties, is never gone and is still a recognisable human being that must be treated with dignity and respect.

The number of people living with dementia in Ireland in 2016 was more than 55,000 and these figures are set to reach more than 65,000 by 2021 and over 95,000 by 2031. It is not that the country is witnessing an epidemic of dementia but rather that our population is ageing rapidly. Age is by far the single strongest risk factor for most dementias.

In Ireland, the dementia discourse has traditionally been influenced by a highly ‘medicalised’ view of the condition. There is a focus on biomarkers, plaques and tangles, brain scans, cerebrospinal fluid, drugs, custodial care and so on. This narrative has drawn extensively on medical, clinical and nihilistic language, often framing dementia in terms of atrophied brains, personal tragedy discourse and negativity.

Although this language still abounds, a shift in tone in the dementia discourse is gradually emerging in Ireland: dementia is beginning to be understood as a disability, with a human rights dimension. This makes sense as, after all, the myriad of diseases that cause dementia result in a series of difficulties or inabilities (planning, concentration, remembering and so on) and all of us, irrespective of age, gender, race, religion, sexual orientation or disability, possess fundamental human rights that can never be denied.

Factors likely to have contributed to this shift include: greater public awareness of dementia and the heterogeneity of the diseases causing it; the elevation of the voice of the individual previously silenced; the establishment of an Irish Working Group on Dementia – an advocacy group made up of people diagnosed with dementia; the launching by former president Mary Robinson of an Irish Charter on Human Rights and Dementia; and changes in our mental-health legislation, as reflected in the new Assisted Decision Making (Capacity) Act.

And there are benefits for the individual when we adopt this more nuanced approach to frame dementia and when we draw on the social model of disability.

First, the model gives agency, power and control back to the individual whose voice is elevated. After all, what voice should be more powerful than that of the person who experiences the symptoms and sometimes the indignities, takes the drugs, copes with the side-effects and may be forced to leave home and enter a nursing home because no adequate community supports are available?

Second, the approach forces us to think about the way in which society can further disable people with dementia through our demeaning language, prejudicial attitudes, poorly adapted environments and through public policies that often make life harder for the individual, contributing to their experience of excess disability that could otherwise be avoided.

Thirdly, and most importantly, framing dementia as a disability confers rights on people as embedded in the UN Convention on the Rights of Persons with Disabilities (CRPD). These are like gold standards every human being is entitled to: they include the right to the highest attainable standard of health including with respect to a diagnosis, its ethical disclosure, access to rehabilitation services and to post-diagnostic services including drug treatments and non-pharmacological supports. And people with dementia have the same legal rights as others throughout all stages of their life: these legal rights are inviolable and can never be removed no matter how advanced the dementia.

Ultimately, this means that substitute decision-making is never consistent with the CRPD: the emphasis must be on assisting the person with dementia to exercise their legal capacity, making every attempt to ascertain their wishes and preferences.

Unaware of their rights

But most people with dementia and their family members are unaware of their rights and many countries, even those that have ratified the CRPD, like Ireland, continue in part to operate out-dated legislation whereby people’s rights are often breached. This situation must change: pressure must be exerted on governments to ensure where new legislation has been introduced that this is now fully implemented.

Finally, this is not an either-or situation. These two paradigms or frameworks – the first the bio-medical that draws it appeal from the classical sciences; and the second the social model of disability and human rights approach, that gains its strengths from common courtesies and respect for dignity and personhood – are not mutually exclusive or competing but rather build on and complement each other.

We need scientists and medical doctors to continue in their quest for a cure for the diseases that cause dementia and to find the appropriate treatments, but we also need governments and politicians to be more cognisant of the discrimination and marginalisation people with dementia often experience and create more equitable health and social care policies, reducing what for some constitute excess disabilities.

The magnitude and complexity of dementia is such that it requires multiple responses and a broad range of interpretative frameworks. Different ways of thinking about shared societal concerns like dementia can make information and advice more accessible and compelling to diverse audiences and will ultimately help to create solutions and build a more humane and inclusive world for all of us to live in, whether we have dementia or not.

As a first step, we must reform our language and stop referring to people with dementia as “gone” or “no longer there”.

Even with very severe dementia, the individual may have lucid moments.

So by othering people with dementia and treating them as sub-human, we may be allaying our own fears but we are doing absolutely nothing to reinforce that person's dignity, humanity and human rights and may therefore unwittingly be causing them needless harm.