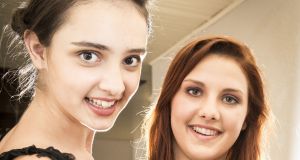 Should I keep insisting she does not drink and stand my ground?

Q My 15-year-old daughter did her Junior Cert this year and is looking forward to the results in a few week. She is a bright sensible girl and I am very lucky that we have a a great relationship and talk a lot about most things that are going on her life.

A few days ago she was talking about the big post-exam result celebrations and told me that lots of her friends were planning to drink – I think she was checking to see if I approved. I said I did not think that was a good idea and said she shouldn’t drink until she was 18. Yesterday she told me that parents of some of her friends are allowing them to drink at home before going out and then she said that she didn’t want to be the only one in her group of friends who wouldn’t be drinking.

I’m glad that she’s being so honest with me and I wonder now if I should relax my underage drinking rule. I certainly don’t want her to go behind my back and drink, which would be a real breach of trust. What advice would you have on this? Should I keep insisting she does not drink and stand my ground?

It is a common myth that a good way to manage underage drinking is to allow it to take place in a supervised way in the family home – such as your daughter’s friends parents allowing them to drink at home before going out to celebrate. However, there is no evidence that “home drinking” reduces problematic or binge drinking in teenagers and in fact there is evidence that it might increase these risks. Children who drink at home are more likely to drink outside as well. And the earlier children start to drink the bigger the risk that they will go on to have problems related to drinking as they get older.

Furthermore, early drinking is particularly problem for young teenagers whose brains are still developing and basic habits are being formed. For all these reasons, I think you are right to have a rule about underage drinking and to decide to stick to this despite the pressure you are under. The “parent pressure” you are under to allow your daughter to drink is similar to the “peer pressure” that you daughter is under to drink, even though she might be reluctant also.

Setting a rule with your daughter

Sit down with your daughter and explain your concerns about drinking and then state clearly your rule – eg that you don’t want her to drink until she is at least 18 or older. Be clear that you are only creating this rule to keep her safe and well. Though she might argue with you, stating a clear rule gives your daughter a strong protective message and also  gives her an “out” from the peer pressure she might be experiencing. Many teenagers use their parents’ rules as a reason to protect themselves – “there is no way I can do that, my mum would freak!”

Discuss peer pressure with your daughter

Take time to explore the whole dynamic of peer pressure with your daughter. Use the fact that you have a good relationship with her to talk through this important issue with her. It might feel like “everyone wants to drink” and that she will be “left out” if she doesn’t. However, for every one teenager who is keen to drink there are at least two who don’t want to. Indeed, many teens feel unable to assert themselves for fear that they might look foolish or “uncool” in certain peer groups.

Exploring options for the celebration

Explore other non-drinking options for your daughter for her exam celebration. Could you support her going for a meal or other event with some of her friends? Can she identify the different friends she has who would prefer not to drink or who are on the fence about this?  Depending on how well you know them you could consider contacting the other parents to discuss that you would prefer if they did not allow the teens to drink before going out. They may be only reluctantly agreeing to this under pressure.

Helping your daughter make up her own mind

In the long term the goal is to help your daughter make up her own mind about drinking. Start conversations with her by listening to her point of view and asking her what she thinks about the dangers of drinking. Remind her that the pressure to drink alcohol is enormous in this country and that it is a perfectly valid choice not to drink at all (as more than 20 per cent of the population choose). As she gets older you might move from setting rules to stating preferences instead to her about drinking – especially as she gets closer to the legal drinking age.

For example, you could state “look I would really prefer if you didn’t drink ( for all these reasons), but I will let you decide”. It is also important to explore safety issues with her such as how she can ensure that she does not drink too much and if she starts, how she can ensure she is with good friends who look after each other when she drinks, etc.

Dr John Sharry is a social worker and psychotherapist and co-developer of the Parents Plus Programmes. He has published 14 books, including Parenting Teenagers: A Guide to Solving Problems, Building Relationships and Creating Harmony in the Family. See solutiontalk.ie