Beating the stigma of obesity

Failing to accept obesity as a disease contributes to stigma, shame, stress and ultimately the worsening health of patients, says consultant 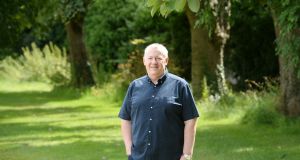 John Williams, a school principal who has tackled his problem with obesity with a three-pronged approach of diet, exercise and psychology. Photograph: Alan Betson

Ireland has one of the highest rates of obesity in Europe, with one in four adults classed as obese and one in four children already overweight.

The Irish Society for Clinical Nutrition and Metabolism (IrSPEN) has recently launched a “call to action” asking the Government to implement a national obesity treatment programme to help reduce this worrying trend.

Obesity experts say such a programme would reduce the financial and societal burden from associated conditions such as type 2 diabetes, heart disease, cancer, sleep apnea and fertility problems.

“Failing to accept obesity as a disease contributes to stigma, shame, stress and ultimately the worsening health of patients,” says Prof Francis Finucane, consultant in obesity and endocrinology, Galway University Hospital. “Complications from obesity are common, they are costly to manage and have severe effects on a person’s wellbeing.

“I have seen the benefits of dedicated obesity treatment programmes in my clinic – these programmes provide a personalised holistic approach which help patients lose 10 per cent or more body weight, remain compliant with their weight loss regime and lower their risk of death from heart disease and stroke. By taking this personalised approach, we can greatly reduce the costs of obesity-related diseases in Ireland and drastically improve people’s quality of life.”

The 56-year-old primary school principal was obese and suffered from ill health as a result. But since February 2016, he has lost 5½ stone by following a strict programme involving exercise, diet and psychology.

“But in January last year my brother, who is a doctor, took me to one side and told me that if I didn’t do something about my weight very soon, I would not be around for much longer. He told me that I was a walking heart attack and he wasn’t going to let that happen.”

Williams, who had high cholesterol and blood pressure and suffered from sleep apnoea, knew his brother was right and was relieved that someone else had taken an active interest in his health. He knew he couldn’t do it alone and gladly accepted the advice to visit a dietician, a clinical psychologist and a fitness expert.

“My weight-loss journey was going to be a three-pronged approach,” he says. “My brother put me in touch with Prof Donal O’Shea, onsultant endocrinologist at St Vincent’s Hospital, and he suggested that we put drastic measures like medication and gastric bands on hold for a bit and try losing weight the old-fashioned way – with diet and exercise.

“So firstly I visited a dietician who got me started on a 1,500 calorie a day diet and monitored my progress along the way. Then I went to see a clinical psychologist who looked at trying to understand why I was over-eating and why I was choosing certain foods. I found that this really helped a lot and after four or five sessions, I had a handle on why I was doing these things, so didn’t need any more advice and was able focus on the other aspects.”

With two out of the three areas covered, the Dublin man then needed to start moving and was referred to a Med Fit – a gym which, he says, not only helps people to lose weight, but also looks after the physical issues of people who have recently been discharged from hospital or are recovering from surgery.

“I started off with a very easy programme at the gym, which was just as well as I was very unfit,” Williams says. “In fact, one of my colleagues told me that last year whenever I would announce something over the intercom in school, she could hear the breathlessness in my voice – and that was just from walking across my office.

“But after starting off slowly (at the gym), I worked my way up to using the cross-trainer, exercise bike and lifting weights three or four times a week (or more during the school holidays) and this, combined with the new diet, saw the pounds start melting away.

“By January 2017, my sleep had improved, which meant I was in better form, my blood pressure had returned to normal, I had lost five stone, my BMI had gone down from 45 to 34 and my body fat from 54 per cent to 36 per cent so, although I am still overweight, or even obese, I am definitely going the right way.”

Williams believes that he would not have achieved the results he has today if it hadn’t been for the support he received and says anyone who is despairing at ever being able to lose weight should ask their doctor about where to get help.

“I have been really lucky because I was put on this ‘three-pronged approach’ as I call it,” he says. “And without support from the experts, I don’t think I could have done it. But it has been expensive so not everyone could afford to do it themselves, which is why a treatment programme would be very beneficial.

“When you are very overweight, the idea of trying to lose it seems like too much to cope with, so this is why so many people give up. And I can totally understand why some opt for a gastric band or medication as without the right support, I don’t think it is possible to achieve it alone.

“I have now got a second chance at life and am working hard to keep losing weight and maintaining it – I know how bad it is to be obese and I certainly don’t want to go back there.” irspen.ie

Has lockdown reduced the number of premature babies? This doctor thinks so
2

Suffering from Covid-19 beard? Here’s how to tame it
4