Is it possible to be both parent and friend to our children? 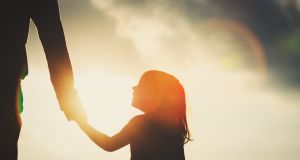 As we get older, the parent-child relationship becomes less imbalanced, which allows a friendship to form more easily

I was recently chatting to a friend about issues I was having with my daughter – the usual rows over tidying her room and spending less time on electronic devices and my friends response was that I need to be her parent, not her friend.

That got me thinking: is it possible to be both parent and friend to our children, or is it even a good idea?

To get a clear idea of what we are talking about I think it is important to look at both relationships.

Parent-child relationships are dependent relationships where one half is far more dependent on the other, for obvious reasons. It is the primary function of parents to care for their offspring in terms of providing them with everything they need to physically survive. A secondary function of a parent is to nurture their child emotionally and intellectually by giving them the tools to learn new skills and protect their own emotional wellbeing.

Friendships are different in that they are based on a reciprocal approach where each party is both dependent on, and independent of, the other. In most cases this means that both of the people involved invest as much as the other, emotionally and physically.

Looking at this alone, it is difficult to see how the two could work in tandem with each other. In modern society, there is certainly an expectation that parents will play more of a role socially and emotionally in their children’s lives than in previous generations, and while there is no issue with being involved in your children’s lives, it is important to also encourage independence and self-development.

Counselling psychotherapist Emer Loughrey advises that parents should not try to be all things to their children all the time. “This is certainly a common enough dilemma where parents at times struggle with the concept of being their child’s friend. It’s natural for parents to want to be everything for their child but being their friend is crossing a line.”

Parents have certain undeniable and unavoidable tasks when raising children, one of which is setting boundaries, showing their children the acceptable limits in terms of behaviour and adjusting those limits when they are no longer appropriate. Loughrey feels that although the move towards a more nurturing approach is good, it needs to be done in tandem with boundary settings. “Part of the role of parenting is to set appropriate boundaries and negotiate, communicate and review such boundaries as children progress into adolescents,” she says. “Irish society has become much more responsive and nurturing towards children, which is really positive, but this needs to be balanced against the equally important aspect of setting boundaries.”

It is vital to a child’s development that clear boundaries are in place and that he or she understands the consequences of stepping outside those boundaries. It allows them to navigate their world safely and learn what is or is not acceptable outside the confines of their family unit. “Sometimes as parents we forget that boundaries and rules keep children feeling safe, making their world predictable in parts and secure,” says Loughrey.

Another reason why being both parent and friend does not work is that parents provide a safe emotional and physical space where children feel grounded, where they know they will find stability regardless of whether the world outside the family is chaotic. Parents and families provide a safe haven for children to discover their likes and dislikes, their abilities and their barriers, without fear of rejection or ridicule, and this is crucial for their development. Loughrey says that children “need parents to be their anchor and be there to help them grow and develop to their full potential”.

The role of friendship

Friends and peers play a different but equally important role in a child’s development by offering a different perspective, one that often mirrors their own. When we hear a child tell a parent they “don’t understand”, this makes sense from a practical point of view. For parents to effectively carry out their role, they need this understanding to be provided by friends and peers who create a sense of acceptance and belonging.

Loughrey says the roles should be mutually exclusive. “Their friends are their peers of an equal age; their parents have a very different role with responsibilities attached.”

Being a parent does not mean that you cannot develop a good healthy relationship with your child but the lines between parent and friend need to be firmly established, advises Loughrey “Being responsive by being caring and listening and supporting our children should not be confused with being their friends.”

As we get older, the parent-child relationship becomes less imbalanced, which allows a friendship to form more easily. Although we didn’t always agree when I was growing up, this is something I have experienced with my own mother as our relationship has become less of a power struggle and more of a mutually supportive arrangement.

However, this is only possible when a child matures and the dynamic changes.