When do you know it’s the end of a relationship? 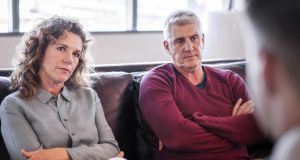 In the first flush of a relationship or marriage, it’s easy to believe that, for richer or poorer, in sickness or in health, love will pull us through

What happens when you realise that your “happily ever after” is no longer happy? When you have that feeling in your gut and you’re just not sure if your relationship is on the right track?
When you’ve tried talking it out or arguing for weeks, months, and in some cases, for years – and nothing is changing?

It feels like a frenzy of mixed emotions with no end in sight. In the first flush of a relationship or marriage, it’s easy to believe that, for richer or poorer, in sickness or in health, love will pull us through.

Sometimes relationships slowly die – but how do you know when to call time? Sometimes, it’s really easy to know that you and your partner should break up. But, sometimes, a relationship comes to an end quietly, and it can be difficult to notice that it’s time to call it quits. Maybe one or more of the people in the relationship has fallen out of love. Maybe both have grown into people who still care about each other, but can’t work as a couple anymore.

Is your relationship overrun with criticism, defensiveness, contempt and stonewalling?

Is your relationship overrun with criticism, defensiveness, contempt and stonewalling? American psychologist Dr John Gottman has spent his career studying what makes relationships work. He famously claims to be able to identify what qualities and practices make a couple masters of their relationship, as well as what can make a relationship end in divorce.

Certain kinds of negativity, if allowed to run rampant, are so lethal to a relationship that he calls them the “four horsemen of the apocalypse”:

If you are engaging in one or all of these behaviours, it’s signalling serious damage in your relationship.

Psychotherapist and relationship counsellor Bernadette Ryan believes trying to understand if your relationship is over is an extremely painful process. “This can be such a frustrating thing to experience because, really, it feels like the answer should be obvious. It feels like you should be able to say ‘yes, absolutely’ – or at least ‘no way!’ – at the drop of a hat. Not quite knowing is a horrible place to be in and you can go round and round in circles.”

Ryan makes the point that she and other psychotherapists are not in the business of saving relationships. When any couple goes for counselling, counsellors assist them in working out if they want to call a halt or try to mend the relationship, but it has to come from them.

“From a therapeutic standpoint, we see couples and we try to help them find common ground. ‘What’s the glue that holds this relationship together?’ Often in the process, it seems there is no glue left or anything tangible that they can hold on to and the realisation sinks in that it is over.” Our romanticised view of love and relationships where we all want to find our “one true love” makes it especially hard when that one true love is causing you pain.

Gottman says we need to accept that some relationships won’t work out. “It’s not a nice thing to think about – that a relationship may have reached its expiration date – but it’s a reality.” When two people are struggling and cannot find a meeting of minds, Gottman says there should be no sugar coating. “It’s not just misguided to try and salvage a car wreck of a relationship. It can actually be damaging. Staying too long in a poor relationship can cause years of pain and take a long time to recover from.”

It’s always worth trying all avenues, Ryan suggests, adding that a separation is a process and not a singular event. “It can be a really long process and there’s many factors which come into play when you’re making that decision. But you don’t wake up one day and decide. It often takes a long time to accept that it’s not going to work.”

If you’re struggling to know, what can you do?
Ryan suggests some self-reflection. “Two people create a relationship and when stress hits, then it can be a time of them saying ‘if only he could be this way, or she could be like that’ but there needs to be a period of soul searching so that you can take the time to think and understand what’s happening and then make a decision.”

We all go into a relationship with a need to be loved, to be cherished, to be acknowledged and when you are not getting those from a relationship it can really be soul destroying, she says.

Separation and the end of a relationship feels like a huge loss for both people. Even if you have been the instigator in ending the relationship, both sides are likely to feel huge grief and loss.
“It’s the loss of your personal dreams, the couple dreams and the family dreams and really it’s disenfranchised grief,” says Ryan. “But often people who separate cannot grieve publicly, like if there was a death in the family. You’re walking around in this state of grief and feeling very different and it can feel very confusing with complex feelings and emotions.”

Support is invaluable – family and friends who won’t judge but who are prepared to just listen to you and not give advice. Counsellors are often an impartial ear when you’re overwhelmed and need a friendly ear. “It’s really important to allow yourself time to grieve,” Ryan says. “Not addressing the feelings and allowing yourself to process them can delay how long it takes you to recover and move on. Don’t stay stuck.”