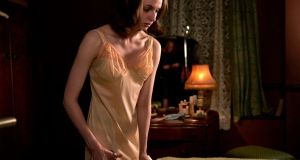 Women who visited the BBC’s helpline website after an episode of Call the Midwife complained about the lack of abortion advice. Photograph: Aimee Spinks/Neal Street Productions/BBC

Healthcare organisations in the UK have called on the BBC to reverse its “stigmatising” decision to not provide information about abortion.

Following an episode of drama series Call the Midwife, in which a character died as a result of complications from an illegal abortion, women who visited the BBC Action Line website complained there was no advice relating to abortion.

The BBC said it had chosen not to include abortion because it was “contentious” and it did not want to be seen as “supporting one side”.

“It isn’t possible for the BBC Action Line to offer support for abortion and similarly contentious issues without referring people either to campaigning organisations which take a particular stance on an issue or to organisations which provide it,” said a spokesperson.

“Doing so could imply the BBC supported one side or another in any contentious issue which it does not do in its coverage.”

An RTÉ spokesperson said that a link to the HSE’s unplanned pregnancy website, myoptions.ie, is included on its “support website”.

RTÉ provides a comprehensive database of helplines relating to various issues including depression, suicide, addiction and domestic abuse. The link to myoptions.ie – an online resource that contains “information on all your options, including continued pregnancy supports and abortion services” – is featured under “Crisis Pregnancy” on RTÉ’s helpline list, along with a link to Cura, which closed its services in June 2018. The spokesperson said decisions about whether information or helplines are provided to viewers after a broadcast are made on “a case by case” basis.

“It implies that abortion is different to all other clinical procedures, rather than the routine part of NHS-funded women’s healthcare that it is today. This in turn stigmatises both the medical professionals involved in abortion services and of course the women they care for.”

Bpas has signed a letter to the BBC, which was published on Thursday, calling on the broadcaster to change its policy.

The letter says: “Abortion is not a ‘contentious issue’ – it is a routine part of NHS-funded healthcare, provided by doctors, nurses, and midwives every day in hospitals and clinics across the country.

“In barring information the BBC is in effect ‘supporting one side’ by treating abortion as different to all the other medical procedures and conditions the BBC chooses to include. This is highly stigmatising for the healthcare professionals we represent and the women we care for.”

The organisations pointed out their complaint was with BBC Action Line and not Call the Midwife, which they said had repeatedly handled the issue “extremely sensitively and courageously”.

Abortion, under certain circumstances, has been legal in England, Wales and Scotland since 1967. In Ireland, abortion is permitted during the first 12 weeks of pregnancy, and later in cases where the pregnant woman’s life or health is at risk, or in the cases of a fatal foetal abnormality. – Guardian, PA