It pays to check how money counts in your relationship 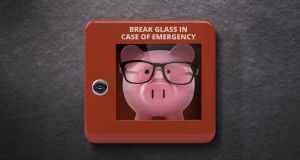 “If money represents freedom to you, then just having a fund that represents the possibility of freedom can feel reassuring even if you’re never going to use it.”

An acquaintance once remarked that whenever he transferred money to his wife’s bank account he described it as ‘running-away money’. He had begun doing it early in their marriage when she told him her mother had advised her to have a secret running-away fund. It was their little joke, though if she ever runs away I guess he’ll be feeling a bit foolish about it.

My impression is that a good many women have their own savings accounts that they don’t tell their husbands about. Maybe some really do think of it as a fund they’ll need if they, or their spouse, end the marriage. For others, I expect it’s a sort of assertion of independence within the marriage.

So far as I can make out, fewer men than women have running-away accounts, perhaps because traditionally the man was the breadwinner and it was assumed that any money coming into the house was in his name.

Which is ironic because if a marriage breaks down and if there are children, it’s usually the man who has to go off and find somewhere else to live.

Curiosity about this topic brought me to a women’s forum and a thread started by a woman whose friend was “absolutely mortified” to hear she had a running-away fund. She had no desire to run away from her husband but kept the secret fund going in case her husband left her or cheated on her. Moreover, she said, her husband was rubbish with money. Support for the idea came from women who hadn’t believed in running-away money until their husbands upped and left them high and dry. Others said they could buy into this idea only if it was seen as an emergency fund for the family.

In at least one case the husband knew about the running-away fund, but didn’t know how much was in it.

For instance, if money represents freedom to you, then just having a fund that represents the possibility of freedom can feel reassuring even if you’re never going to use it. On the other hand if money is all about survival, paying the bills, keeping a roof over your head, then you may be very reluctant indeed to spend money and this could be a source of conflict with a freedom-loving partner.

I guess the grimmest situations arise where money is seen as a source of power. In such a case money may be withheld from the partner or an exact accounting of every single penny may be demanded. I once interviewed a woman for The Irish Times whose husband spent whatever money he earned but expected her to put food on the table anyway. She did so by borrowing from a moneylender whom she had to meet down the street – if her husband knew she was borrowing from a moneylender he’d give her a hiding.

Luckily she later managed to get rid of this clown.

Money can also mean independence and if two partners are agreed on this they may well be satisfied with a smaller income so long as it buys them their independence. Many people who have small businesses could probably make more money working for someone else but the extra money wouldn’t compensate for the loss of independence.

It can be revealing to consider what money means to you. For instance, do you get rid of it because you think you don’t really deserve it? Or do you fear losing everything if you spend anything?

If you have endless rows with your partner about money it might be that it has a different emotional meaning for each of you. Exploring what that meaning is might illuminate what’s really going on.

Then you can decide if you want to keep that running away-fund topped up.

Padraig O’Morain (@PadraigOMorain) is accredited by the Irish Association for Counselling and Psychotherapy. His latest book is Kindfulness. His daily mindfulness reminder is free by email (pomorain@yahoo.com)