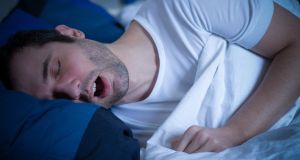 Sleep deprivation can be torture, quite literally. After a week of being kept awake, a 19th-century Chinese merchant who had been sentenced to death by sleep deprivation was begging for “the blessed opportunity of being strangled, guillotined, burned to death, drowned, garrotted, shot, quartered, blown up with gunpowder, or put to death in any conceivable way their humanity or ferocity could invent”.

If you want to know what it’s like to suffer the horrors of sleep deprivation, try reducing the number of hours you sleep.

But there is another way, much harder to detect and more common than we realise: sleep deprivation is not just about quantity, it is about quality, too. There is no better illustration of the importance of sleep quality than narcolepsy, a sleep disorder I have lived with for half my life. When I was diagnosed in the 1990s, if I explained to someone I had narcolepsy and was met by an astonished stare, I soon learned it was because they thought I had just told them I had necrophilia or nymphomania.

Nowadays, most people know it is a disabling neurological condition in which sleep strikes with little or no warning repeatedly through the day. This is progress, but there are still those – particularly who have insomnia – under the misapprehension that narcolepsy is a restful consummation devoutly to be wished.

In fact, nothing could be further from the truth.

This is because the sleep of narcolepsy is not healthy, restorative sleep, but is seriously disturbed, shot through by hallucination-like dreams. Sometimes the exquisite internally directed narratives are stunning. Often they are intensely stressful and disturbing. But they always interfere with the architecture of sleep. Just as sleep repeatedly interferes with my ability to stay awake during the day, wakefulness intrudes on my sleep at night so often that it’s worth nothing. Narcolepsy is about being simultaneously overslept and sleep-deprived.

It can be a confusing place to be.

Interfering with this general architecture is not good. A recent study showed that one of the strongest predictors of how rested you feel in the morning is sleep continuity. Anyone who’s had children can testify to the psychological weathering that results from fractured sleep. It is pretty clear that the brain would rather not be disturbed. Unfortunately, there are many ways to damage the architecture of sleep and most follow from the way we live. Obesity poses a problem for sleep quality, largely through the burden it places on the respiratory system. As one sleep specialist told me: “When you are fat, you put your fat in your tongue and you reduce the size of your airway.”

By far the most common breathing-related sleep disorder is snoring, the noise resulting in an unhealthy number of partial or complete arousals during the night. When we fall asleep, most of the muscles around the body relax, including those at the back of the mouth. This would not normally be a problem, but it becomes one if the fleshy tissue in the throat closes in on itself in such a way that it blocks the airway. Few of us see snoring as a sleep disorder, let alone one that can have serious, even life-threatening consequences. Purrings, occasional gurgles and gentle buzzes during sleep might not seem like much of a concern, but when these become persistent snorts, whistles and stentorian raspings, snoring is harder to ignore, particularly if you are the other person in bed.

The pathological endpoint of snoring is sleep apnoea, where the airways shut completely and the incessant noise ceases for 10 seconds or more. The brain’s way to get out of this unsustainable state is to wake up momentarily, so that breathing can resume. It is almost always so fleeting that the sleeper may not remember waking at all, but each apneic event is like swinging another wrecking ball at the structure of sleep. It hadn’t occurred to me that I might have sleep apnoea, too. But I suddenly recognised the unmistakable apneic pattern to my own nocturnal breathing. One moment I was asleep, then I was aware that I was hungrily gasping for air. The first time this happened I didn’t think too much of it, but after the second then third episode, it dawned on my transitioning consciousness that I’d just stopped breathing. The panting was accompanied by a mild but sickening sense of dread, rather like the sensation of going too long underwater at the swimming pool.

Given the dangers of apnoea, it would help to have a simple way to assess the level of risk. The StopBang questionnaire is useful in this regard: eight simple questions about snoring, tiredness, observed apnoeas, blood pressure, body mass index, age, neck circumference and gender. It was devised by anaesthetists to screen prospective patients for erratic breathing during sleep that might cause complications during and after surgery.

- Do you snore loudly?
- Do you often feel tired or sleepy during the daytime?
- Has anyone observed you stop breathing during your sleep?
- Do you have or are you being treated for high blood pressure?
- Is your body mass index greater than 35 kg/m2?
- Are you over 50?
- Is your neck circumference greater than 40cm?
- Are you male?

If the answer is yes to three or more of these questions, there is a 90 per cent chance that you have some degree of apnoea. There are lots of ways to tackle snoring and obstructive sleep apnoea. The most obvious is to lose weight. In Brazil, Kátia Guimarães and colleagues have taken a series of exercises developed for speech therapy and demonstrated that they can reduce neck circumference, snoring intensity and the severity of obstructive sleep apnoea, with substantial improvements in the quality of sleep at night and wakefulness during the day. They are designed to tone the tongue, the soft palate and the facial muscles. They involve a toothbrush, a balloon, some guttural utterances, plenty of sucking and some side-to-side jaw movement. If it is too late for interventions like these, it is time to turn to your GP, who may prescribe the continuous positive airway pressure (CPAP) machine. In essence it is a fan, a tube and a face mask. The mask is strapped to the patient’s face at night and the fan blows air into the lungs, sufficient to keep the airways open but not so strong that the patient wakes or cannot exhale. There are other sleep disorders that involve partial arousal of the brain during deep sleep and these also damage its quality.

Most people have had night terrors, talked or walked in their sleep, but for some these so-called parasomnias happen every night. There seems to be a genetic predisposition, often in combination with an environmental stress. Even without any of these recognised sleep disorders, there are many things that cause problems for the way the brain would like to rest. Light pollution (in cities and in the home) interferes with sleep quantity, but it probably affects sleep quality too. Sound pollution is not dissimilar, with even quiet noises having a demonstrable impact on sleep quality. Legal recreational highs, such as nicotine and alcohol, also affect the ability to sustain sleep.

If the brain could have its say, it would politely request that we all pay more attention to protecting not just the quantity but also the quality of our sleep.

In my efforts to manage the many disabling symptoms of narcolepsy, I have learned I sleep best when I control as many of these variables a possible. I have become obsessive about access to natural light and careful of artificial wavelengths after the sun has set; I have an anchor time, the same time, to get up every morning (even at weekends) so as to give my brain a clear routine; I lost enough weight to stop snoring; I wear earplugs to shut out the city soundscape; I take medication to prevent the too-frequent dreaming of narcolepsy.

As narcolepsy is an incurable disorder resulting from the loss of sleep-regulating neurons in the centre of the brain, there is a limit to what I can do. But for those who are getting sufficient sleep without feeling rested, attending to sleep quality could be the answer. – Guardian

– Henry Nicholls is the author of Sleepyhead: Narcolepsy, Neuroscience and the Search for a Good Night, published by Profile Books