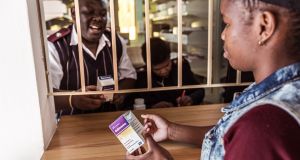 There is a stock crisis in South Africa that is undermining many patients’ efforts to adhere to a treatment plan. 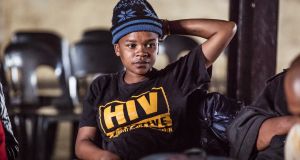 In the past, HIV-related stigma, self-stigma and discrimination were significant factors contributing to the high levels of secrecy that exist around people’s HIV status, and their capacity and desire to access treatment. 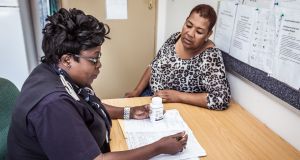 Executive director of UNAids Michel Sidibé described the next five years as critical, as currently less than half of the planet’s 36.7 million people living with HIV are on antiretroviral treatment (ART).

For the estimated 18,000 delegates attending the 21st International Aids Conference in South Africa this month, how to achieve the United Nation’s ambitious 2020 HIV treatment targets will be a key topic of discussion.

Unveiled in October 2014, UNAIDS’ 90-90-90 targets are about scaling up the global response to the Aids epidemic, which has killed an estimated 39 million people to date, so that by 2020 the world is in a position to end the crisis in the near future.

“Whereas previous Aids targets sought to achieve incremental progress in the response, the aim in the post-2015 era is nothing less than the end of the Aids epidemic by 2030,” UNAIDS says on its website.

However, executive director of UNAIDS Michel Sidibé said last month that if world leaders failed to commit enough resources to ending Aids by 2030, HIV would make a comeback and destroy the gains made to date.

Sidibé described the next five years as critical, as currently less than half of the planet’s 36.7 million people living with HIV are on antiretroviral treatment (ART).

South Africa has the world’s biggest and most high-profile HIV epidemic, with up to 7 million people living with the disease, out of a population of 53 million. It also has the world’s largest ART programme, with about 3.5 million public and private health sector patients receiving treatment.

In India there are about 750,000 people on ART. So assessing South Africa’s HIV-related challenges should prove instructive in relation to how realistic the UNAIDS 90-90-90 targets are, and what other countries can do to mirror its considerable successes to date.

South Africa, which has been commended globally for its efforts to tackle HIV and Aids, continues to scale up its treatment and prevention services as part of the UNAIDS fast-track approach to ending the epidemic by 2030.

Only last month UNAIDS announced the South African government would implement a major policy shift of offering HIV treatment to all people living with the disease by September 2016.

“Instead of having to undergo an additional test of the immune system (the CD4 cell count) to determine eligibility for treatment, people who are diagnosed HIV-positive will be offered HIV treatment as soon as possible after diagnosis,” the organisation said.

This development comes only months after the government announced it would provide pre-exposure prophylaxis (PrEP) – a pill taken by high-risk people that prevents HIV – to sex workers in 10 programmes from June this year, to better reach more marginalised groups.

Although South Africa’s efforts are showing positive results – about 340,000 people were newly infected with HIV in 2014, down from 600,000 in 2000 – attaining the 2030 goal will require more nuanced interventions on a variety of levels.

A new model-based scientific analysis titled, Prospects for HIV Control in South Africa, published on June 6th, suggests that to reduce future heterosexual and mother-to-child transmission of HIV, the most important epidemiological parameter to target will be the infectiousness of patients receiving ART.

There are several classes of antiretroviral agents that act on different stages of the HIV life cycle: these are commonly referred to as first-line, second-line and up to fourth-line drugs. Initially first-line ARVs bore the brunt of low stock levels, but more recently it has been the second-line drug combinations.

The stock problem has been so acute that in 2013, civil society organisations including Doctors Without Borders and the Treatment Action Campaign (TAC), established a consortium known as the Stop Stockouts Project.

Its aim is to monitor the availability in the local public sector of ARVs for HIV, medicines for tuberculosis (TB), and other essential drugs.

The project’s third annual survey of 2,804 drug dispensing facilities, released last May, showed that a greater percentage of dispensaries had reported at least one stock-out of ARV or TB medicines on the day of the survey in 2015 (20 per cent), than in 2014 (17 per cent).

In addition, since the previous survey was conducted facilities reporting at least one stock-out in the three months prior to contact remained constant, at 25 per cent.

“This is a change from previous years, when first-line ARVs were the most commonly reported out-of-stock class of adult ARV.”

Drugs can be out of stock for a variety of reasons, said project manager for the Stop Stockouts Project Susan Tafeni. These range from nurses at facilities forgetting to put in orders to national shortages.

“Failing to take your medicine regularly creates resistance problems and patients are forced to move from first-line to second-line drugs, and so on,” says Tafeni. “Once a patient reaches the fourth-line drugs they are not in a good state, and there are about 300,000 of these individuals in South Africa.”

Thandi Shadangu (45) from Thembisa township in Johannesburg is HIV-positive and has been on ART since 2006. She told The Irish Times she has often experienced problems with ARV stock-outs and at times is forced to borrow drugs when the chemists are out.

“It got so bad last year I was forced to take ARVs that are for children because it was all I could get. I’m afraid now that when I go for my annual [HIV]test the results will show poor suppression levels,” she says.

Keeping the millions of people on ART adhering to their programmes is one aspect of achieving the 2020 targets; getting the remainder of those infected tested and onto treatment is also a major task for the authorities.

In the past, HIV-related stigma, self-stigma and discrimination were significant factors contributing to the high-levels of secrecy that exist around people’s HIV status, and their capacity and desire to access treatment.

However, according to Marcus Low, a policy adviser to South African HIV/Aids activist organisation TAC, some progress has been made in this area.

“Anecdotally it seems that the situation got better after the change in government in 2009, when the current president, Jacob Zuma, took over from his predecessor, Thabo Mebki. Things changed overnight for the better,” he says.

Mebki’s government was criticised for pushing Aids denialism, but when Zuma took over he and his health ministers undertook to tackle the epidemic head on, he says.

“Zuma went for a public HIV test, which was very symbolic. Also the mass testing campaign launched in 2011 was a very positive contribution to reducing stigma. But stigma still exists.”

The 2014 HIV stigma index survey posted encouraging results too, although Low warns it was not without its faults.

Another intervention that could influence infection rates, according to the Prospects for HIV Control in South Africa paper, is a broad roll-out of PrEP among South Africa’s youth, a segment of society more resistant to using forms of protection such as condoms.

Based on its modelling approach to critical analysis, the report suggests it is “highly likely that UNAIDS’ first 90 per cent target will be met, with the expected fraction of HIV-positive adults diagnosed increasing to 93 per cent” by 2020.

However, meeting the second and third 90 per cent targets will be more challenging: the fraction of HIV-diagnosed adults on ART is expected to increase to 83 per cent; and the assumed uncertainty regarding future viral suppression rates implies that 80 per cent of ART patients are likely to be virally suppressed.

Unfortunately, the report states that only in 0.4 per cent of all modelling simulations are all three 90 per cent targets met.

The 21st International Aids Conference in South Africa runs from July 18th-22nd. Find out more at aids2016.org and follow #AIDS2016