How to protect your digital wellbeing 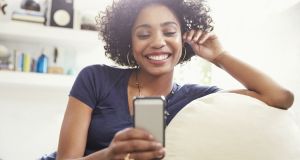 Smartphones are now so common that one study has estimated 2.71 billion people worldwide will have smartphones this year.

Smartphones have become a necessary and ever-present part of life for most people. They’re taken out in doctor’s surgeries, stared at on public transport, and pored over during lunch breaks.

In fact, they are now so common that one study has estimated 2.71 billion people will have smartphones this year.

However, it is not just smartphones that rack up our screen time. If you work in an office, you might spend much of your week in front of a computer. If you then go home and watch television or play video games, the likelihood is that most of your waking life is spent looking at screens. This is a concern for psychologists and psychotherapists, who say that screens can separate people from meaningful connection – and heighten anxiety.

“I think the majority of people can agree – the internet is helpful for making plans or connections with other people,” says Dr Sean O’Connell, a psychologist at Compass Wellness. “But it does have the potential to amplify the negative or the unhelpful parts of our mind. The main ways it does this is comparing and contrasting, because when we do that, it creates despair, embarrassment – there might be jealousy or worry. That in itself leads to disconnection.”

On your deathbed, are you going to be really glad you watched all those TV shows, or did something else?

“We’re not built to be sitting down and being stationery for hours at a time,” he says. “You might get dry eyes, a sore back, the usual. But you’ll also get more stressed and anxious because you’re just stuck in the workplace.”

He recommends that people get away from the computer for at least a few minutes every hour at work. “Also, get away from it during your lunch break and make sure you’re not at your desk. Have your lunch and go outside if you can. Take a walk, stretch, call a loved one, do mindful exercise.”

Too much screen time doesn’t end with work for many people, and O’Connell says people should also be mindful of how much time they spent watching television when they go home.

“There’s nothing wrong with watching TV,” he says. “TV shows can help you relax and you can enjoy it. But if you’re doing it for hours at a time, I would get someone to add up the time and – I know this sounds a bit grim – but on your deathbed, are you going to be really glad you watched all those TV shows, or did something else?”

O’Connell recommends that people map out the amount of time they spend looking at screens, both in and outside of work. “More often than not, when you map out those hours and see the amount of time, you’ll want to change that habit. In my experience, when someone does make those changes, their productivity goes up, and their energy goes up at home and at work.”

Like O’Connell, Dublin-based psychotherapist Deirdre Madden is concerned that too much screen time is affecting people’s connections with others.

“The phone can be used as a form of escapism where we can distract ourselves quite easily from our emotions,” Madden says. “We can lose contact with ourselves, and ultimately with our needs.”

Madden says those who spend too much time looking at their phones can start to feel a craving to check it, even at inopportune moments.

She is also concerned that too much screen time is affecting people’s sleep.

“If our phones are never switched off, it’s likely that we don’t switch off either,” she says.

She recommends having an hour completely screen-free before bed, and suggests leaving the smartphone in another room overnight. Madden says that those who use their phone as an alarm could consider buying a traditional alarm clock instead.

Madden also recommends that people turn off the notification sound on their phones so that they are not alerted when something new has happened in the digital sphere.

She is also an advocate for the idea of doing a “digital detox”, where you come off social media for a period of time.

“Coming off Facebook or Instagram for a week can allow your mind to refresh and gives you a break,” she says. “I think the overreliance can dampen our ability to think for ourselves, so maybe if you do use your phone or tablet in the evening, try to replace it with reading a book, taking a walk, visiting somewhere new, or phoning a friend instead.”

10 ways to protect your wellbeing online

1. Set boundaries around your use of social media. Don’t be afraid to “detox” and take some time away from Instagram, Twitter or Facebook. Decide how much time every day you will use social media and stick to it.

2. If you find that a detox doesn’t cut it, you can always deactivate whatever social media platform is causing your stress or anxiety. Remember, nobody has to be on social media, and you are allowed to opt out whenever you want.

3. If you find that your evenings are spent on Netflix, try to find a new hobby to fill your time. There’s nothing wrong with watching television, but it’s good to have other things to do with your free time that will allow you to connect with others in a meaningful way.

4. Try not to look at any screens for an hour before bed. This will give you a chance to unwind and relax before sleep, and means you will be less likely to be thinking about something you read on Twitter while tossing and turning at night.

5. Aim to take regular screen breaks during work hours. Even a few minutes every hour will help you detach from your work and from the internet and will help you feel calmer and more productive.

6. Consider deleting tempting apps from your phone if they’re taking up too much of your time. Games and social media apps can be particularly difficult to resist clicking into. If you’re spending more time than you want on them, get rid of them.

7. Try tracking how much time you spend on your phone. This will give you an idea of just how many hours a week you spend online. There is an app called Moment that helps you track this.

8. Consider leaving your phone in another room at night. If you use your phone as an alarm, you can buy a traditional alarm clock instead. This will give you a break from your phone, which can light up and send you notifications throughout the night, disrupting sleep in the process.

9. Turn off notification sounds or vibrations on your phone. Then you won’t feel the need to look at your device as often, and it will help you stay more grounded in the real world.

10. Try leaving your phone at home or in the car more often when you’re going out. At first you might feel uncomfortable not having it on you, but it can be extremely liberating to separate yourself completely from the internet for hours at a time.