How to deal with ageing in 140 characters 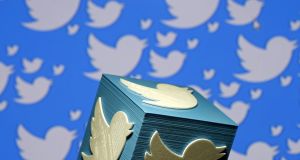 Brevity is indeed the soul of wit in an effective tweet. Photograph: Reuters/Dado Ruvic

As political events over the past year in the US and Poland have demonstrated, social media has emerged as a major force in society. Medicine has not been immune from this trend and at the recent International Association of Gerontology and Geriatrics meeting in San Francisco, I was asked to give a talk on how social media can energise the mission of gerontology.

The invitation probably arose from my increasing engagement with Twitter, and my sense of how it has been largely supportive of my working life.

Like most people who had not used it, I at first assumed that Twitter was about tweeting and did not consider that it had much relevance for me. The reality is that the predominant mode in Twitter is to be a follower, and it opens up not only a broad range of information sources but also communication with colleagues and groups around the world.

In the first instance I started following a number of interesting literary and cultural magazines, such as the New Yorker and the London Review of Books, followed by academic journals, and subsequently by interesting links to a broader range of societies and resources related to ageing. A useful extra feature is the hashtag (#) to follow trending topics.

Several features soon became apparent. The first was timeliness in that a tweet appears as soon as the article appeared online, rather than waiting for the whole magazine or journal to appear. The second was speed: rather than clicking to open an email in a busy in-tray, the tweet appears immediately in its entirety.

The third point is that brevity is indeed the soul of wit in an effective tweet. Tweeters have to catch your attention in 140 characters or less, so there is a particular skill in compressing the message without rendering it unduly terse. At its best, a good Tweet is a cross between a pithy aphorism and a Haiku, favouring gentle humour over stridency.

Apart from providing a ready stream of useful information, Twitter also links me into a network of geriatricians and gerontologists around the world, generating a sense of community in an ageing world with too modest a stock of relevant expertise. As generalist healthcare professionals and the lay public may often not be aware of the complexities of ageing, Twitter can provide them with an avenue for insights.

A particularly revealing and amusing example was a Twitter feed #youknowyoureageriatrician which garnered wit and wisdom from around the world. Responses included: “when the phrase ‘we were told nothing could be done for her/him’ inspires you to do lots of things for them”, “when age does not preclude your patients from getting care they need” and “when you’re disappointed that you haven’t crossed any drugs off the patient’s drug chart”.

This collective element has now matured into a further useful function, that of virtual journal clubs with a global reach. Journal clubs are a core element of critically evaluating new developments in medicine. In its traditional format a group of doctors meets regularly and systematically critiques new research papers to determine their strengths, weaknesses and applicability to their practice.

Twitter has not only liberated this activity from the constraints of space and travel, but also multiplies the number of experts and insights from outside the room and across the world that can contribute to the analysis.

In the June edition of the Journal of the American Geriatrics Society, a group of Canadian geriatricians describe the growing success of this approach.

The new research paper under consideration is signalled on Twitter a week ahead, the traditional journal club is held by the local team physically in Toronto with added video-conferencing and webcasting for one hour, and then left open for 23 hours at #GeriMedJC to cater for the varying times zones for international participants to tweet responses.

The response has been quite remarkable, with more than 500 virtual attendees from a wide range of backgrounds around the world and more than 100 contributory tweets, over 80 per cent of which were relevant to clinical practice.

While Twitter might have taken a reputational hit from the unfiltered ramblings of one of its most prominent presidential enthusiasts, it remains a potent avenue for opening out and sharing global experiences of ageing and techniques for supporting and enhancing the longevity dividend.