Annual awards celebrate scientific studies that ‘cannot, or should not, be repeated’ 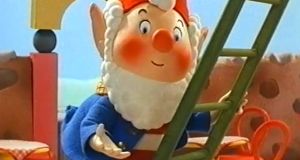 Did you know that taking up the didgeridoo reduces snoring or ever wonder why old men have such big ears? Of course you didn’t, and you may never have gleaned these priceless nuggets if it were not for the latest Ig Nobel awards, which were announced recently. Hosted by the journal Annals of Improbable Research, the Igs are an annual exercise in irreverence that celebrate scientific studies which “cannot, or should not, be repeated”.

The alter ego of the Nobel Prize is the Ig Nobel – a play on the words “ignoble” and “Nobel”. Awarded a week or so before the formal Swedish ceremony, the awards are presented at Harvard University by actual Nobel winners to researchers whose projects “first make people laugh, and then make them think”.

Described by Nature magazine as coming with little cash (winners receive a 10 trillion Zimbabwean note – which is practically worthless) but much cachet, the Ig Nobels also highlight oblique research. But when you scratch the surface they inevitably involve an appealing dose of eccentricity.

A Swiss team won this year’s Peace prize for the paper, Didgeridoo Playing as Alternative Treatment for Obstructive Sleep Apnea Syndrome: Randomized Controlled Trial. They showed didgeridoo playing reduces snoring and eases the symptoms of obstructive sleep apnoea. The authors suggest this could be due to the improving effect on tongue muscles and the reduction of “fat pads” in the throat.

Given that it is the patient’s partner who suffers the most from the sound of obstructive snoring, you would have to wonder how the intrusive sound of a didgeridoo would be any better. But there is clearly some practical merit in the technique: one of the authors now works as a therapeutic didgeridoo instructor and has taught around 2,500 patients with sleep apnoea. And in the view of lead author, Milo Puhan, a professor of public health and epidemiology at the University of Zurich, the didgeridoo is “no worse than any other instrument”.

“Regular playing of a didgeridoo reduces daytime sleepiness and snoring in people with moderate obstructive sleep apnea syndrome and also improves the sleep quality of partners,” his study concluded.

Walking through a French marketplace while those around me sniff appreciatively, I retch silently

Sleep apnoea is a significant health problem, which has increased in prevalence along with rising levels of obesity. It carries a risk of sudden death so the finding that the practice of daily blowing the Australian wind instrument may strengthen the upper respiratory tract, making breathing easier, is, eccentricity not withstanding, a valuable one.

I cannot stand the smell of cheese. Walking through a French marketplace while those around me sniff appreciatively, I retch silently. So thank you to the French scientists who won the 2017 Ig Nobel for Medicine, by carrying out a brain imaging study, in which people were asked to smell cheddar, goats’ cheese and gruyère while lying in an MRI scanner. It pinpointed a brain region called the basal ganglia as the neural epicentre of cheese disgust. Although no cure is mentioned, it is oddly reassuring to know there is a scientific basis for my cheese smell emesis.

Big ears have had a raw deal ever since the Noddy books were deemed un-PC. Step forward Kent GP, James Heathcote, whose study was sparked when he and several other general practitioners were discussing how they could do more research. He wanted to know why old men have such big ears, which some of his colleagues ridiculed.

Unperturbed, Dr Heathcote measured the ear length of more than 200 patients and discovered not only that old men have big ears but that ears grow about two millimetres per decade after age 30. His research won him an Ig Nobel in Anatomy.

And in case you were wondering, women’s ears grow with age, too, but their ears are smaller to start with, and men’s big ears may be more noticeable because they tend to have shorter hair or none.

As Noddy’s car might have exclaimed: a “Parp -parp” piece of research.