How many sexual partners is ‘too many’?

I don’t regret any, but I know I’ve had more sexual partners than my two best friends 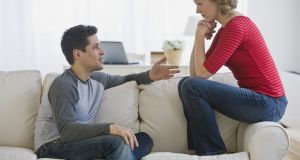 When it comes to sharing your number with your partner, ask yourself what the goal of the conversation is.

What do you think about partners sharing how many people they’ve each slept with? My boyfriend and I have danced around the topic a few times, but have never outright told each other our number – and I don’t know if I want to. I don’t regret any of my sexual experiences, but I do know I’ve had more sexual partners than my two best friends, for example, and I’ve had other friends remark that they would be freaked out if their partner had had sex with, say, more than 20 people. So I’m worried what my boyfriend will think of my number. I know that in cool, feminist circles we all theoretically say there isn’t really “too many” – but in real life, there kind of is, right?

No, there isn’t a numerical figure that constitutes “too many” sexual partners, and I think, as a concept, it’s a pretty bizarre one too – not to mention fallible.

Are there any contingencies, or is this a firm number? Do you have an age where this begins to become acceptable? Does it matter how many years these sexual encounters happened over?

For example, let’s look at the average age for an Irish person to first have sex, which is 17 or 18, depending on their gender. Then assume that the person in question has a string of semi-serious relationships, averaging two sexual partners per year – not an extreme figure. By age 28, that person could have easily reached 20 sexual partners.

When it comes to sharing your number with your partner, ask yourself what the goal of the conversation is

Is that more, less or equally as judgment-worthy as someone who attended a week-long group sex convention and got that number up to 20 over a few days?

Or is there a number that would be deemed to be too low? What if a very sexual, sex-positive person has one long-term relationship since they were a teenager. So by age 28, they have had only one sexual partner. Would you judge them?

Why one and not the other? Circumstance and personal choice is playing an equal role in both of their lives. But as your question indicates, we usually only care about numbers at the higher end of the scale, placing an arbitrary numerical limit on another person’s sex life, and judging them if the exceed it.

Unsurprisingly, the limit we impose on other people’s sex lives just so happens to always be above our own number, so that we always feel superior. Even less surprisingly, these judgments are more commonly levelled at women than men.

When it comes to sharing your number with your partner, ask yourself what the goal of the conversation is. Playing the numbers game for the sake of it just opens the door to insecurity and judgment, and why would you want to do that?

If you’re trying to get to know each other’s values around sex, that’s a conversation that should be focused on your current mindset, not your number of previous partners. If you want to bond over important (or hilariously disastrous) experiences, you can pick and choose relevant examples.

When it comes to both having sex and sharing stories about sex, your reasons for doing so will always be more important than the number.