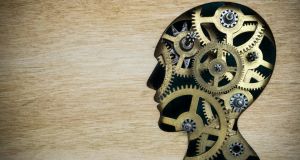 'One in four people will experience mental illness.'

Mental health matters to everyone but discussion of the topic is commonly undermined by myths and misunderstandings. Some of these myths have persisted for years and can be misleading or even harmful. Here, in no particular order, are six such myths, and one thing that is true.

Myth # 1: The Irish are more prone to mental illness

The first and most long-standing myth is that the Irish are more prone to mental illness than other people. But the myth of the “mad Irish” is just that – a myth. We Irish are no more likely to develop mental illness than anyone else. For much of the 1900s, Ireland had more mental hospital beds per head of population than any other country in the world, but the reasons for this were many and varied, including bad laws, a society generally unwelcoming of those who were different, and powerful societal interests supporting the mental hospitals. Therefore, what Ireland experienced was an epidemic of mental hospitals and not an epidemic of mental illness.

Myth # 2: Ireland’s overall suicide rate is on the rise

The second myth or misunderstanding brings us to the present day and it is that Ireland’s overall suicide rate is continually increasing. It is not. Figures from the National Office for Suicide Prevention indicate that here were 554 suicides in 2011 and by 2014 this had fallen to 486, despite population growth. Provisional figures suggest further declines to 451 in 2015 and 399 in 2016. That is not to say Ireland does not have a problem with suicide – we most certainly do. Some of these figures are provisional; our suicide rate increased up until 2011; and the rate in young people is among the highest in Europe. Moreover, anyone who has lost someone to suicide knows that suicide is a real and urgent tragedy – not just a statistic.

But the only way we will tackle suicide is by looking carefully at the facts. And the figures tell us that the overall number is probably falling, so we are probably doing something right, although we are clearly still failing many people desperately and deeply – especially men. We need urgently to fix this: better psychological supports in schools, proper regulation of alcohol use, and greater understanding of the stresses young people and men face.

Myth # 3: Everyone who ‘hears voices’ is mentally ill

The third myth is that everyone who “hears voices” is mentally ill. They are not. Many people hear voices every day and do not experience any symptoms of mental illness. They find a way constructively to live with these voices and integrate them into their lives. Groups such as Hearing Voices Ireland offer support, guidance and connection. Other voice hearers are indeed mentally ill and benefit from treatment. Some people fit into both camps. One size does not fit all.

The fourth myth is that psychiatric medications are the answer to all mental illness and the fifth is that psychiatric medications are intrinsically evil. Neither extreme reflects the truth. Medications offer substantial assistance to many people and are life-saving for some. For others, the benefits are more nuanced, and for others there is no benefit with a given medication, only side-effects. Other treatments may help. Psychological approaches are also often sufficient on their own but can be combined with medication. One must be pragmatic, balancing benefits against side-effects. One person’s experience – either positive or negative – does mean that others will necessarily have the same experience. Everyone is different.

Myth # 6: Mental health is the preserve of experts

The sixth myth is that mental health is the exclusive preserve of experts. Mental wellness is a lot like physical wellness. Most people are aware that an active lifestyle, good diet and balanced life help maintain physical wellness. The same holds true for mental health, but receives considerably less attention. If significant mental illness develops, professional assessment and treatment have a great deal to offer, but, for most people, maintaining mental health is a day-to-day business that requires their own careful attention rather than that of experts.

So if all of these are myths, then what is true?

Here’s what: mental illness is treatable; many supports are available through State services and community-based initiatives; and there is always hope. Treatments in psychiatry are just as effective as those in other areas of medicine. Access is critical. While mental health services have improved considerably since the era of the asylum, the process of quality improvement needs to be a continuous one.

It is also true that an increased focus on the mentally ill needs to extend well beyond mental health services, into general medical services, social services and the criminal justice system. The prevalence of mental ill health among the homeless population increased dramatically during the Celtic Tiger, and our prisons are bursting with severely mentally ill young men who should not be there: prison is toxic for the mentally ill.

There is much that we can do.

That is good, because there is much to be done.

Brendan Kelly is Professor of Psychiatry at Trinity College Dublin and author of ‘Mental Health in Ireland: The Complete Guide for Patients, Families, Health Care Professionals and Everyone Who Wants To Be Well’, with a foreword by Dr Muiris Houston.