Successful transplant carried out in Brazil 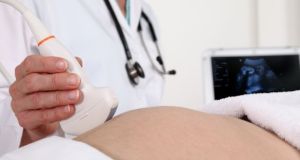 The first baby has been born following a womb transplant from a deceased donor, a study published in The Lancet has revealed.

The successful transplant, performed by surgeons in Brazil, could greatly broaden access for women with uterine infertility to the treatment, without the need for live donors.

Ten previous attempts had been made in different countries to deliver a live baby following a uterus or womb transplant from a deceased donor, but this was the first with a successful outcome.

The woman who received the transplant in September 2016 was born without a uterus as a result of a rare syndrome. She had eight fertilised eggs as a result of IVF treatment.

The donor was 45 years old and had died of a brain haemorrhage. Her uterus was removed in surgery and then transplanted into the donor during a 10.5 hour operation.

Five months after transplantation and follow-up treatment with immunosuppressant drugs, the uterus showed no sign of rejection. The fertilised eggs were implanted after seven months and, 10 days later, the recipient was confirmed to be pregnant.

A baby girl was born via caesarean section at 35 weeks and three days, weighing 2.55kg. The transplanted uterus was removed during the operation and showed no abnormalities.

At the age of seven months, the baby was still breastfeeding and weighed 7.2kg.

Infertility affects 10-15 per cent of couples seeking to start a family. Of this group, one in 500 women have uterine anomalies due to congenital factors, or through unexpected malformation, hysterectomy, or infection. Before the advent of uterus transplants, the only available options to have a child were adoption or surrogacy.

The first child born following uterine transplantation from a living donor occurred in Sweden in 2013. In total, there have been 39 procedures of this kind, resulting in 11 live births so far.

The study authors say transplants from deceased donors might have some benefits over donations from live donors, by removing surgical risks for a live donor. However, recipients would need to be healthy to avoid complications because major surgery is involved.