My mum asks, ‘Why do you keep leaving?’

I've lived in four countries in five years, so moving has become routine 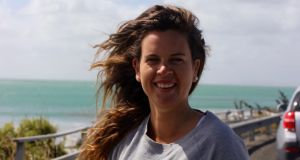 Aoife Coll: ‘When you are away, you rather vainly think life in Ireland is put on pause; you forget everything and everyone easily continues on without you.’

New address, new phone number, new bank account; in the last five years I have lived in Sweden, the Netherlands, Australia and Belgium, so the process of acquiring each has become somewhat routine.

“Why do you keep leaving?” my mum asked me only half joking as I returned to Australia for six months last August. I hadn’t thought it would be like this, my life constantly on the move.

It began with an Erasmus year spent in Uppsala, Sweden. I headed off not thinking much beyond the stereotypical; snow, beautiful blonde people and Ikea. Sweden, of course, was all this plus more; the novelty of living in a society where the bus always arrived on time, the pleasant nature of the Swedes despite their reserved reputation, and the stunning nature around you where the changing of the seasons is noticeably more pronounced.

The lasting impact of that year, however, resulted from my exposure to people from all over the world; I made friends from California and Rhode Island who I still speak to every day, and others I have visited in their native New Zealand. A friend from Melbourne heavily influenced my decision to live there rather than Sydney when I moved to Australia.

Coming from Dublin, it was the first time I had encountered that many people with backgrounds different to my own. In Trinity, my undergraduate class consisted of people with experiences I could easily relate to, many of them friends I had made in school. Uppsala was an awakening to the very big world beyond the south Dublin bubble.

After completing my last year of studies at home, I headed to Melbourne where I spent 12 months waitressing. From there I travelled to Southeast Asia for two months before living for a year in the Netherlands, where I studied for my Master’s. From there I headed back down under.

I consider myself lucky to have friends scattered across continents and to have experienced all I have, from swimming in natural hot springs in New Zealand, to seeing the northern lights in Lappland.

But recently I have also become aware of what I have given up, especially when I visit Ireland. Old friends from school, college or work all have their own core network, which I am now without.

When you are away, you rather vainly think life in Ireland is put on pause; you forget everything and everyone easily continues on without you. At the start of the year I considered moving home, to work on my relationships there and establish myself, at least for a while.

But the week before I left Australia, I was offered a position in Brussels. And so the cycle began again; new address, new phone number, new bank account. The question now is will I ever return to live in Ireland? I love home, but the longer I am away the more difficult it is to go back.

Australia is the place that I have felt the deepest connection to. Arriving into Melbourne again I didn’t feel a sudden rush of euphoria, but rather a general sense of contentment. I love the weather, the easygoing nature of the Aussies, the great food, and how every neighbourhood in Melbourne has its own feel to it and attracts a different sort of person.

I can see myself settling there permanently, despite my mother’s opposition. She pleads the case of my future children not having cousins around whenever I mention it.

Such concerns did not impact on my thinking until recently. I had been in Brussels for exactly a month when the terrorist attacks occurred in March. The first day was surreal. As I work by the Commission, my office was put into lockdown and I spent the day alternating between replying to frantic messages and struggling to concentrate.

I had been due to fly home at the end of the week regardless, but Friday could now not come soon enough. The constant sirens and noise of helicopters, the armed soldiers and police lining the otherwise empty streets all contributed to a tense, claustrophobic atmosphere that I was eager to leave.

I was grateful then to be in Belgium and not Australia. I was able to get home to see my family easily, albeit via Paris.

I am at a point in my life where I do not know where I will end up, which is tiring sometimes but mostly exciting.