What is really in breakfast biscuits? 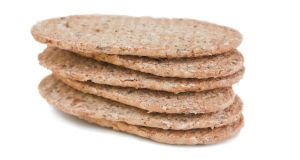 ‘No breakfast just might be much better than a sugar-laden biscuity one.’

It never crossed my mind to tuck into biscuits for breakfast until I saw the mother in East is East call her many kids down to do so. The Damien O’Donnell directed-film didn’t have much to do with food, except for the scene where she spreads chocolate chip biscuits on a plate before calling the children downstairs.

It’s 20 years since the film was released and somehow in the interim breakfast biscuits have become a thing.

The first brand to capitalise on the idea was BelVita, which was developed in France in 1998 as Le Petit Dejeuner. BelVita is now owned by Mondelez, the American giant that also owns Cadbury and Oreo, and is sold in 50 countries. It is doing increasingly well as consumers move away from cereal with milk taken before leaving home. It’s a sign of our harried times. What’s interesting about BelVita is that it claims that they are “the only breakfast biscuit proven to slowly release carbohydrates over four hours, as part of a balanced breakfast”. The proof was obtained in France in the early days, it says.

It’s true there are lots of slow-release carbohydrates in the form of wholegrain cereals: rye, oat, spelt, barley and wheat. There is also quite a lot of sugar, however. The BelVita Oat Crunch, for example, is almost 70 per cent wholegrain cereals and flour. But it also lists sugar four times in the ingredients as: sugar, cane sugar, barley malt extract and invert sugar, which is a type of syrup. In the nutrition panel, you will see there is 22g of sugar per 100g. That’s a lot when you consider that McVities Original Digestives have just 16.6g of sugar per 100g.

Not that those are the choices.

What’s even more confusing for consumers, though, is that on the front of the packet of these BelVita biscuits it says there is 2.4g of sugar “per serving”. The 225g box has five packets holding four biscuits each, so you might assume a serving is four biscuits. No, it seems not. A BelVita serving is one biscuit. So those who finish a packet of four are getting almost 10g of sugar, or 2½ teaspoons.

That’s not the healthiest way to start the day.

BelVita’s Milk and Cereal biscuits have a little less sugar at 20g per 100g, but they are still just wholegrain biscuits and can be viewed as such despite the addition of calcium, magnesium and iron.

Other brands selling “breakfast biscuits” include the German discounters. Aldi’s Harvest Morn Milk and Cereal breakfast biscuits look very like the Mondelez ones but have less sugar. They are made from 66 per cent cereals, including wheat, oats, barley, rye and spelt. Only the wheat is wholegrain however.

The marketing is a little more transparent too. On the front of the packet, the listing shows there is 4.6g of sugar in three biscuits, which is counted as a serving. The milk is skim milk powder, whole milk powder and whey.

The marketing speak on the back says these biscuits have been “specially formulated for breakfast”, which explains the addition of a range of B vitamins, magnesium and iron. B Vitamins can help with energy levels but these biscuits are still biscuits.

The simplicity of a biscuit for breakfast is tempting, but then grabbing an apple or a banana is just as easy.

Aldi’s marketing on its Harvest Morn brand says these biscuits were formulated “so you don’t have to miss the most important meal of the day”. Recent research seems to show that it might not matter if you do – and it might even be a good idea. Time-restricted eating, when one eats only within an eight-hour window each day, and intermittent fasting, when one eats far fewer calories on one or two days a week, may be beneficial.

No breakfast just might be much better than a sugar-laden biscuity one.

A classic white and one of my favourite reds, each for €11 or less
8