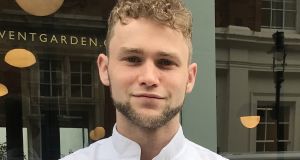 Pichet restaurant in Dublin 2 celebrates 10 years in business next month with a series of special events. On July 2nd, the anniversary of the opening of the Trinity Street bistro, Stephen Gibson’s kitchen team are cooking a menu of the house classics – favourites from the past decade – including lobster, crisp hen’s egg and suckling pig.

On July 6th there’s a Veuve Clicquot brunch (€35 to include two glasses of Champagne), and on the 9th there’s a Tanqueray gin masterclass (€20). The final event is a Friends of Pichet dinner (€65), which welcomes back past staff member Adam Purcell, who worked at Pichet for three years and is now head chef at Gregory Marchand’s Frenchie in Covent Garden in London, having previously worked at the Paris branch.

Tickets for these events are on sale at eventbrite.ie.

Last month we asked you to let us know what your favourite sausage was, from among a list of 10 widely available brands. An incredible 3,500 votes have been cast and we can now bring you the results.

Kerala Kitchen, a restaurant and takeaway specialising in South Indian food on Baggot Street, Dublin, has launched a new menu item, designed for them by chef and product innovator Katie Sanderson. Sanderson’s White Mausu brand created the hugely popular Peanut Rayu condiment, and long queues form for its Asian rice bowls at festivals and events around the country

Sanderson chose barley as the base of her dish for Kerala Kitchen and added MvNally Farm leaves, charred green beans, pomegranate and lime, along with Indian spices. The summer barley bowl is available at lunchtime only, from June 24th, and costs €10.

On a cordial footing

Two new flavours have been added to the Naturally Cordial range of fruit cordials made in Co Wexford by Clodagh Davis. Fragrant Orange, and Lemon & Lime Leaf join the existing Wexford Blackcurrant, and Strawberry, Cucumber & Lime varieties in a new, smaller 330ml size, and there are now 13 flavours in all. They can be diluted with still or sparkling water, and are a useful ingredient in making cocktails. For stockists, and to buy online, see naturallycordial.ie.

Kelly’s Resort Hotel in Rosslare, Co Wexford, has added not one, but two kitchen gardens to its facilities. One is off-site, and has two large polytunnels as well as outdoor beds, while the other is alongside the hotel.

“People are now more health conscious, and dietary requirements have changed over the years,” says the hotel’s owner, Bill Kelly. “Guests are demanding fresher food that has been sourced locally. We have over three acres and four large polytunnels for our kitchens alone.”