Is Robert Pattinson trolling us with his horrifying pasta dish? 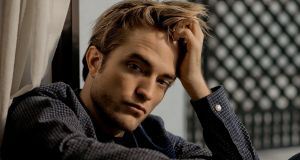 Hi Alyx. Why is everyone messaging me about Robert Pattinson’s chaotic pasta?

Robert Pattinson, the Twilight star turned arthouse powerhouse, has used his cover profile with the magazine GQ as an opportunity to promote his dream business venture. A pasta dish with the same “fast-food credentials as burgers and pizzas” that “you can hold in your hand”. He’s calling it Piccolini Cuscino, or “Little Pillow”.

He attempted to demonstrate his prototype for Zach Baron, who interviewed him over FaceTime in isolation, and it involved cornflakes, burning a burger bun with a lighter, a large quantity of sugar, and exploding a microwave in the London apartment the producers of Batman are paying for him to live in.

In other words, it is the perfect business opportunity for our times.

Sorry, cornflakes, a microwave and sugar? Is he trolling us?

In the words of Baron, who has written a truly excellent profile, “even now, I don’t totally know”. Still, there’s a long, ongoing pop-culture legacy of discussing Pattinson’s body odour (used to be bad; now, according to Pattinson himself, like crayons).

Given that, it wouldn’t be wildly out of step to assume his kitchen habits are also a little ... odd. At one point he describes a type of pasta as “like a blob, a sort of squiggly blob … it looks like a sort of messy … like, the hair bun on a girl”. (Our working theory is he’s talking about tortellini).

gonna tell my kids this was robert pattinson pic.twitter.com/52LlPj8WJh

sure why not let robert pattinson style his own fashion shoot from quarantine what could go wrong pic.twitter.com/7vZGcfYZaC

At another point, he frets: “I literally did this yesterday. And now it’s just impossible. It’s going to look like I can’t cook at all.”

Either way, you’ve got to admire his commitment to the cause. He sets one of his latex gloves on fire while using a lighter to brand his creation with the initials “PC”. He allows “a lightning bolt” of electricity to destroy his microwave in the process of concocting this dish. And he pulls this stunt off without care for his personal safety. (It’s unclear who’ll pay for the broken microwave.)

As for the sugar, he says: “You really need to congeal everything in an enormous amount of sugar and cheese” – which is also my approach to cooking in lockdown, so fair enough.

A commitment to chaos is pretty much Pattinson’s MO, according to the directors he’s worked with. In the profile Robert Eggers describes him as “Andy Kaufman-esque in real life. Rob’s so beyond dry that it’s, like, meta. You’re like, ‘Is that funny?’ Like, ‘I have no idea what’s going on.’”

In the piece, Pattinson also claims he can’t remember the plot of Tenet, an upcoming movie he just starred in directed by Christopher Nolan. So Baron calls Nolan to see if he’s being played. The response: “The interesting thing with Rob is, he’s slightly f**king with you.”

Is it possible that he, like everyone else, is simply going mad in iso?

More so than most people, Pattinson is used to being isolated. He’s spent a lot of his life hiding from the paparazzi – once, famously at Reese Witherspoon’s house, a titbit I think about too often.

In the interview, he seems to be coping about as well as any of us. Even though he’s meant to be playing Batman, he’s barely working out (my hero) and he’s taking great liberties with his Batman diet: “I’ll have oatmeal with, like, vanilla protein powder on it. And I will barely even mix it up. It’s extraordinarily easy. Like, I eat out of cans and stuff. I’ll literally put Tabasco inside a tuna can and just eat it out of the can.”

He’s also got another very relatable iso-habit: obsessively emailing people. Only it’s something that he’s always done. “I’ve been emailing this guy recently who’s absolutely terrified of me … He eventually passed my email on to one of the actresses in his movie so she would speak to me instead ... I thought it had been, like, two years and six months, in between each email, but it’s only, like, a few weeks apart.”

It sounds as though he was made for isolation

That’s the working theory behind the whole profile, yes. And if the amazing self-portraits that accompany it are anything to go by – him, raw and unshaven, in flip-flops with $155 socks tied around his calves – he’s got a second career as an indie mag photographer waiting in the wings too.

But I’m hoping isolation becomes a golden age for celebrity interviews more generally. This is the kind of sprawling profile you’d read in 70s-era Rolling Stone or Playboy. These days interviews are usually much more stage managed – but it’s impossible to control your talent in lockdown. At one point Pattinson’s publicist calls him and asks if she’ll need to clean up any messes after his interview, and he says: “I don’t even remember anything I said.”

It’s happening at the Guardian too – Brigid Delaney ended up orchestrating a home-swap with Miriam Margoyles the other day. At the Washington Post, Geoff Edgers is doing hours-long live streams with famous people. Everyone’s going a little off-piste – and if that means more microwave pasta for us to consume, I’m here for it. – Guardian