Plan to plant 100 new orchards at 11am on Saturday, November 26th 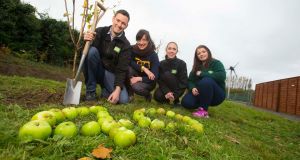 Pictured launching ‘Orchard in an Hour’ are Karen O’Donohoe, Paul Giles, Leigh McCann and Stacey Claffey, students from Salsian College Celbridge. GIY have teamed up with SAP Landscapes to donate fruit trees which will see 100 orchards simultaneously planted across the country on November 26th 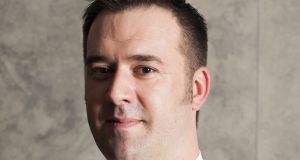 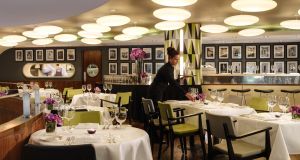 The Citron restaurant at the Fitzwilliam hotel in Dublin 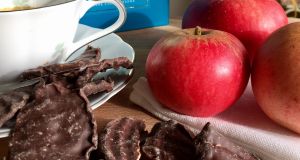 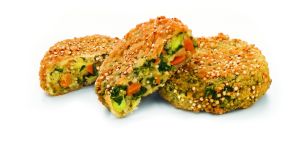 It has been a bumper year for the Irish apple crop, and if you’ve enjoyed a crisp specimen straight from the tree rather than one that has been shipped in from the other side of the world, you might like to plant an orchard in your workplace, school or community plot.

Grow It Yourself (GIY) and SAP Landscapes are donating fruit trees in an effort to have 100 new orchards planted simultaneously around the country on November 26th as part of Ireland’s centenary celebrations.

The free packs, each containing a selection of five apple, pear and plum trees, were released last week on a first-come first-served basis to communities interested in participating in the group planting, but 10 have been reserved for readers of The Irish Times . To apply, register for Orchard in an Hour at giyinternational.org before noon on Saturday, November 19th.

The trees will be delivered by SAP Landscapes to the schools, workplaces or community groups who are successful, and the idea is that the orchards will all be planted at 11am on Saturday, November 26th. A guide to planting and growing fruit trees will be included with the packs.

Thanksgiving is a great excuse to roast a turkey ahead of next month’s festivities. But if you’d rather let someone else do the roasting, Paul Devoy, formerly of Carton House, who has taken up the role of head chef at Citron restaurant at the Fitzwilliam hotel in Dublin, has created a menu to celebrate the US holiday.

He’ll be doing a twist on the turkey though – it is going to be hay smoked. “We will smoke the turkey with a mix of beech woodchips and dried hay in a smoking chamber which will deepen the flavour. The reason why we do this is that it brings out a different flavour and adds an edge to traditional turkey,” says Devoy. Thanksgiving dinner at Citron will be served on November 24th-26th (€32 for two courses; €39.95 for three).

The Lismore Food Company’s packaging is as stylish and luxurious as its biscuits are delicious, and they’ve pulled out all the design stops for their new product. Dark chocolate apple crisp thins aren’t strictly speaking a biscuit, but the rounds of dried apple coated in dark Belgian chocolate have a satisfying snap, and they would go with a post-dinner espresso perfectly. The teal and aquamarine box is so elegant, you won’t want to part with it once the final sliver of apple and chocolate has been snaffled. The 100g box costs €8.

The burgers come in a pack of six, costing €3.99, and as well as kale and quinoa (European grown) they also contain potato, carrot, roasted onions, soybeans and spices.

They can be oven cooked from frozen in 12-15 minutes and are suitable for vegans. They’re available in SuperValu, Dunnes, EuroSpar and Spar as well as independent retailers.