Figs have long tradition in Irish cuisine. Not just in fig rolls

JP McMahon: Making jam or chutney with a bit of vinegar an easy way to use up a surplus 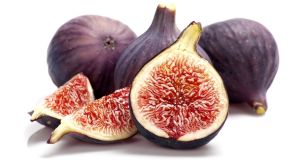 Figs made their way to southern Europe in the Neolithic period.

I’m told that somewhere along the river Corrib, there hangs a fig tree, its ancient branches stretching out over the watercourse. I’m not sure how old this billowing ficus carica is, but it does demonstrate that figs are not a recent addition to our food culture in Ireland.

Though originally native to the Middle East and western Asia, where it was one of the first wild plants to be cultivated, this member of the mulberry family made its way to southern Europe in the Neolithic period.

The word fig was first recorded in English in the 13th century and derives from the old French word figue, which in turn comes from the Latin ficus. In the Roman world, geese would be fattened on figs to produce an ancient form of foie gras. Interestingly, it was not until the 16th century that they were planted in London by Cardinal Reginald Pole in Lambeth Palace.

How to make fig jam

If you have a fig tree in your garden, fig jam is a nice easy way to use up a surplus. For 1kg of quartered figs, add 500g of sugar, with the juice and zest of an orange and one star anise. Place the whole lot in a pot with 200ml of water. Bring to the boil and then simmer for 25 minutes.

I usually just leave it in a tub in the fridge. Not only is it great on toast but it works well with cheese too. If you want to use the fig jam as a chutney, replace the water with vinegar. The additional acidity will help cut through any charcuterie or farmhouse cheeses. The jam can also be spread over a cheesecake or folded into a sheep’s yogurt mousse.

A good alternative to figs are damsons (wild plums) which are native to Ireland and in season now. Unless you know a forager, you’ll have to go out in search of them yourself. If you’re not in the mood to make them into jam, submerge 250g of them into a bottle of vodka and leave for at least three months for damson vodka.

Michael Harding: Though I cheered for Biden, I was more like Trump than I could admit
4