‘Irish weather lets me cook dishes I rarely would in California’

In the second of his monthly columns about his move to Waterford, Russ Parsons, former food editor at the Los Angeles Times, gets to grips with Irish weather 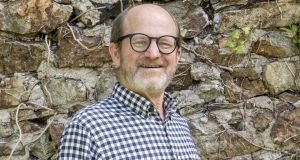 We probably ought to talk about the weather now that my first Irish summer has passed. I almost put summer in quotes because, let’s face it, even here in the Sunny Southeast there were only a handful of days where the temperature crossed into the 20s.

In Ireland, I’ve learned, the one thing everyone wants to talk about is the weather. And when they find out I moved to Ireland from Los Angeles, their reaction is usually stunned silence.

“You what?” they ask, when they recover their senses. “Don’t you miss the sunshine?”

No, I really don’t. That usually takes some explaining, and even then I’m not sure that everyone is convinced. But after 30 years of living in a place where the sun shines almost every day and temperatures regularly get into the mid-20s even in winter (and sometimes a lot higher even then), I find cool, damp “soft” Irish weather a blessing.

In all the time I lived at the beach, you’d almost never find me lazing on the sand like some lizard. Instead, my idea of perfect beach weather is a cool grey day when the air smells like the sea.

Look, I try to explain to folks here, in Southern California rain is worshiped. When we get some, people run outside and snap selfies to post on Facebook. Seriously, annual precipitation is about 15 inches a year. In 2018, we had less than five inches. We got more than that in Waterford this August.

When it does rain in California – usually between November and March – it tends to come down in driving torrents, hard enough to hurt, so even this blessing is mixed.

In that kind of climate, you learn to appreciate a soft drizzle for what it is, a blessing from beneficent nature for which you must be thankful. Kind of like sunshine in Ireland, come to think about it.

It might sound shallow (and probably is), but one of the things I like best about Irish weather is that it lets me cook all kinds of dishes I rarely would in Southern California, at least not with a straight face. Let’s face it, when the temperatures are in the 30s, it’s hard to appreciate having a long-simmered braise in the oven.

I do remember one hot Southern California day having to test crispy braised pigs’ tails from Fergus Henderson’s Nose to Tail Eating for a column (stew for three hours, then bake in a hot oven to finish). The temperature in my kitchen reached nearly 50 degrees. The tails turned out delicious, but that was definitely a work day.

In California, it’s hard to remember what season is what. Hot and dry? Could be August, could be February. You can pretty much grill and serve salads year-round. I’ve done Christmas dinners with barbecued turkey that we ate on the picnic table under the bougainvillea arbour.

Stews, however delicious, are basically a culinary affectation, albeit one that I admit I indulged in on a fairly regular basis.

That part of me that yearns for long slow afternoons nursing a braise is so happy here in Ireland. A fine mist in the air, a cool breeze blowing, I can tend to my cookpot, listen to music, and sip from a glass of wine all afternoon.

By the time we finally did get a run of sunny days, it was mid-September and there was more than a hint of fall chill to the evenings

I might be cooking something definitively Irish, like bacon, cabbage and potatoes. Or maybe I might revert to type and simmer an all-American pot of pinto beans (a wonderful friend who stayed with us before the lockdown packed a 10-pound sack of fresh-crop California pintos in her luggage – greater love hath no visitor).

In California, from March through to October I probably cooked outside nearly as much as I did inside. I did buy a barbecue after we moved here and we had a couple of sunny days, but it looks like that might have been overly optimistic; I’ve only been able to use it a couple of times. I really haven’t missed it.

Probably at this time of year back home I would be lighting the fire to once again grill flank steak or aubergines (October is actually one of the hottest, driest months – temps average around 26 degrees).

Instead, here in my snug Irish kitchen I am building a long-cooked meat ragu. Three kinds of meat, red wine, tomato paste and passata, dried mushrooms, it’ll simmer on the back burner for a few hours. When it’s done it will have reduced by an almost alchemical process to a single unified flavour, brick red and deeply savoury.

Who knows, in another 30 years I may tire of this weather and of being able to cook this kind of food whenever I want. But for now, I’m enjoying the heck out of it.

By the time we finally did get a run of sunny days, it was mid-September and there was more than a hint of  autumn chill to the evenings. No matter. We still enjoyed a couple of dinners on the back porch, albeit all bundled up in sweaters and shawls. Old habits are hard to break.

I wanted to learn more about how sex gets better with age, but my battery was running out
7