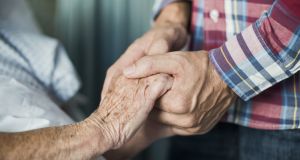 Last year, I interviewed a woman living in a care home in Dublin. In her early 40s, she was the youngest person there. She had battled multiple sclerosis for more than 20 years, and was actively campaigning for the Dying with Dignity Bill, which is why I was talking to her. We talked for hours about her “getting the green light”; putting her own plan in place to have a peaceful and dignified death.

Assisted dying is illegal in Ireland, so her plan was less than straightforward. Dignitas – an organisation based in Switzerland which facilitates assisted dying – noted that, at the time, they were unable to comply with her request for assisted dying. Her family supported her in her decision and her support for the Bill.

“I’ve said that by summer 2020, I’d like to, well, quit the planet,” she told me. “I’m just so unhappy in this dysfunctional body; unacceptably so for me.”

I listened, and empathised and tried to fully understand. The woman was vivacious, funny and passionate about many things in life. Why would she want to do this?

I realise now that this was the wrong question. It was never my place to ask why.
In researching the article about assisted dying, I then found a video of another woman living her final hours in the Dignitas clinic. She wore perfect blonde hair, a silk blouse, jewellery and make-up.

At a kitchen counter, a worker at the facility mixed the drug solution that would cause her death. The woman appeared light of spirit, laughing with the camera crew and assembled friends (“you’re in my final thoughts”). Asked if she was sure about taking the drug, the woman replied: “Absolutely.” She drank it in two gulps. In her last moments, she ate chocolate to remove the sour taste in her mouth, brushing the crumbs off her blouse. As her hand stopped short of her mouth, her final words were, “Oh, this feels good”, before she slipped away. It was unlike anything I’d ever seen before.

For weeks, I was unsure how to assimilate it. In the end, I concluded that, out of all the different ways to die in this life, surely this is one of the, well, least worst? Peace, chocolate and laughter. It made me think of my own mother’s death: the months upon months of agony. The reports of how her cancer-riddled spinal column had crumbled to dust. How she flinched from me in agony the very last time I saw her awake. The hours and hours of laboured breathing that I would somehow hear around me for weeks after. Nope, give me Dignitas any day.

In our historically Catholic culture, life is something to be enshrined, no matter how compromised its quality. Death often means suffering, a walking through fire. We are not used to the idea of that final moment being easy, nor easily accessed.

It’s not that anyone campaigning for assisted dying doesn’t value their life; far from it. In the face of serious or terminal illness, most of them simply want to die with calm and peace. When their bodies are failing them, they want to maintain a shred of bodily autonomy as best they can. You can never overestimate how important the word “dignity” is here. How much of a relief might it be in the face of dying, to know that the scariest bit might be less so?

We’ve been here before, arguing the toss over bodily autonomy. Last week, it was reported that the Dying with Dignity Bill would be reintroduced for consideration by the Government. But first off, let’s get one thing straight. Just as repealing the Eighth Amendment didn’t make abortion “too available”, as was the concern of some people, this Bill would not make assisted suicide any less a serious consideration for those who need to make the call. In the same way that you can’t just access a “lunchtime abortion”, as appeared to be an assumption for many during the 2018 abortion referendum campaign, you won’t be able to access a lethal dose of drugs at Starbucks.

If passed, the Bill will have little or no impact on the swathe of people lucky enough to never need it, but means the absolute world to those who do. Yes, there is loss, tragedy and emotion baked into the assisted dying debate, but as this conversation opens up, we’d do well to keep our personal preferences out of the way. We should let those who are directly affected do the talking.

In any case, the proposed Bill will have come too late for the woman I interviewed in the Dublin care home.

Last month, she emailed a number of us with her funeral arrangements, and her final wishes to be carried out by her friends. She had declined food and water at the healthcare facility she lived in, and was “feeling fine” when she sent the email.  Her grace and sense of celebration floored me.

She died a week later. How much physical suffering and terror she must have endured in her final days, I thought. And how different it could – should – have been.

Aoife Noonan’s How to be a Better Baker Part 1: Light and airy sponge cake
10

Martina Navratilova: ‘If I had Twitter 30 years ago, I would have been raising holy hell’
Real news has value SUBSCRIBE