The hops that changed beer forever

Citra is the darling hop of microbreweries, but it was Cascade that kicked off the craft revolution 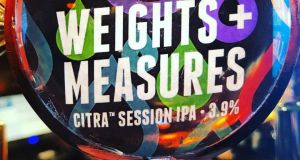 Cascade was the hop that started the craft beer revolution. Its bold, floral and citrusy aroma changed the definition of “hoppy”, according to author and expert Stan Hieronymus. Up until then, industrial breweries used the plant mainly for bittering, but when smaller brewers started experimenting with hops for flavour and aroma as well as bitterness, the rise of the tasty beer began.

Then along came Centennial, also known as super Cascade because it’s more intense, and others such as Amarillo (orange and citrus) and Simcoe (lemon, pineapple and pine), and the dank, grassy varieties such as Chinook, Columbus, Apollo, and a whole rake more.

The rock star of the hop world, however, is Citra. It started out as the humble HBC 394 and was released commercially in the US in 2007. It has overtaken Cascade in popularity, becoming the poster child, says Hieronymus, of flavoursome hops. Its delicious, big juicy fruit profile coincided with craft brewers expanding beyond the big and bitter-dominated beers and chasing more juicy IPA flavours.

Sister hops Mosaic and Australian Galaxy are pretty popular now too (hop cones used for brewing are female plants) but Citra seems to be the one you hear more about these days. Galway Bay Brewery has a new “all-Citra” session IPA called Weights and Measures that comes in a 440ml can. This has a lovely juicy, tropical fruit aroma – with a touch of summery, freshly cut grass – and it’s light bodied at 3.9 per cent, pours a hazy, bright yellow and finishes with a low bitterness.

Hearts and Feints is the bigger version of the session IPA, and also showcases a love of the Citra hop – in fact it’s the most hops they’ve used in making a beer, according to Galway Bay Brewery. This tasty double IPA dials up the notch on flavours and alcohol to become, simply, “8.5 per cent of pure Citra juice”.

Food and drink quiz: What will ‘service à la française’ bring you?
8