Does terroir work in whiskey as well as in wine? 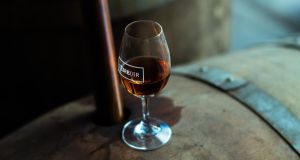 Waterford Distillery is working with 72 growers, with 19 soil types, based in the southeast and midlands

Is there terroir in whiskey? Most distillers would argue that while the type of grain used – barley, malted barley, corn and wheat, is important, the biggest influences are in the type of oak, the level of charring, the previous liquid in the barrel and the length of time the whiskey spends in cask. The provenance of the grain is never mentioned.

In May 2020 Waterford Distillery will release three single-farm-origin whiskies, the first in Ireland. (Ballykeefe Single Estate Whiskey, due for release a few months later, in August 2020, is a similar project.) There will also be an organic whiskey and the following year a biodynamic whiskey.

It is part of an ambitious project conceived by Waterford to prove that the soil in which barley is grown has a marked effect on the finished product. Wine lovers call it terroir. There is a definite logic. An eaux-de-vie made from cherries, pears or apples will certainly taste of that fruit. The Cognac region in France is subdivided into six smaller growing areas, the finest being Grande and Petite Champagne.

We will release a whiskey made with Hunter, a barley  that died out in the 1970s. We are also trialling Goldthorpe, a variety last used for beer a century ago – possibly whiskey too

Waterford is working with 72 growers, with 19 soil types, based in the southeast and midlands. The produce of each farm is harvested, stored, malted and distilled separately. Not all will be released as individual “estate” whiskies, but some will.

They are also working on the different varieties of barley. “We are working out a family tree, to find out where the flavour comes from,” Mark Newton of Waterford says. “We will release a whiskey made with Hunter, a variety that died out in the late 1970s. We are trialling Goldthorpe, a variety that was last used for beer a century ago – and possibly whiskey too. We haven’t final conclusions but the biggest difference seems to be down to terroir.”

Certainly the four single farm spirits I tasted were markedly different, but will the finished product show the same distinctions?