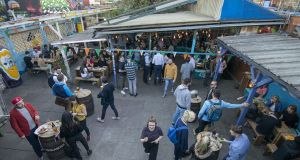 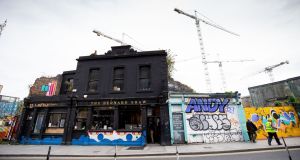 The George Bernard Shaw pub in Dublin 2, which will close at the end of OctoberPhotograph: Tom Honan for The Irish Times. 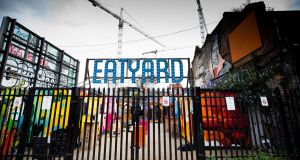 The Bernard Shaw pub and event space on Dublin’s South Richmond Street may be closing at the end of the month, but the eclectic mixture of old-fashioned boozer, small-scale events space, and right-on food venue (there’s even a vegan toastie on the menu), is to get a new home north of the Liffey.

Trevor O’Shea’s Bodytonic hospitality and entertainment group has taken over the Porterhouse Whitworth, at Cross Guns Bridge, and when the Bernard Shaw closes at the end of October, as much of its footprint as possible, including the Eatyard food truck space, is transferring to the new venue. Even the name may be re-used.

“We are pretty much transplanting everything we do at the Bernard Shaw to there,” says O’Shea. “Some things won’t fit – we don’t have loads of wallspace for art. There is indoor and outdoor space, but it is smaller. We will launch it the same weekend we close here [the Bernard Shaw]. We might keep the name, or start with a new name, we are not sure yet.”

There are other changes afoot too. Bodytonic’s Wine & Cheese Festival made a successful move from the Bernard Shaw to a four-day residency at Iveagh Gardens this summer, but that venue will not be repeated in 2020. “I just found out yesterday. We missed the OPW’s two-week submission window,” he says. Beatyard, the music and food festival in Dún Laoghaire, may also be on the move.

“It’s very difficult when you’re running something and you are doing a decent job and you’re told you can’t do it again. We are living in tough times at the moment in terms of trying to put on good events and make good spaces happen. We need to find new places to be creative, which means taking risks, going to places that won’t have as much footfall, building things up again.”

O’Shea is a hard man to pin down. Our meeting, to talk about the imminent closure of the pub, first gets pushed out by 24 hours, then I get a 8.30am text message changing the time from 10am to 10.30am.

Finally, at 11.15 (he has sent apologies via a third party), a tanned, assured presence in denims and a blue T-shirt, with designer sunglasses perched on his head of dark blonde hair, strolls into the Bernard Shaw’s cafe bar. He is holding a conversation on his mobile, and avoids eye contact, but I am in no doubt this is him, the elusive DJ turned entrepreneur, who famously “doesn’t do photographs”.

He says he was once refused entry to one of his own venues, The Twisted Pepper on Middle Abbey Street, by a bouncer who did not recognise him and it taught him a valuable lesson. “In order to run the businesses I run, it doesn’t hurt to be under the radar. It means you can keep an eye on things without them knowing who the boss is.”

He “doesn’t do interviews” either, he tells me, when his phone conversation ends and he introduces himself. We take a seat in the bar’s outside space. He is just back from a holiday in Ibiza, celebrating a friend’s 40th birthday. “I’m in a year of 40ths,” he says, including his own.

He is originally from Meath, but now lives in Naas with his partner Dee and their three boys, who are 10, eight and six. “It’s all school runs and football matches these days,” says the former DJ.

Family life hasn’t put a stop to his ambition, though. He already has one business outside of Dublin – Pot Duggan’s, a seasonal pub and restaurant with rooms in Ennistymon – and wants to buy a farm.

“That’s something I really want to do. We want to start brewing our own beer, growing our own vegetables, all that sort of stuff. A bit like our own version of what Ballymaloe did. Their main focus is food. For us, if we had a country place, it would be things like music and art and beer and food, but food wouldn’t be first.”