Marian Keyes: ‘I depend on cosmetics like I depend on gravity or Percy Pigs’ 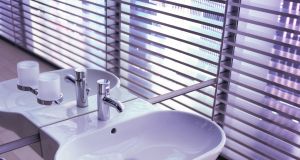 I spend so much time and money lashing stuff ON my face that it’s come as a huge shock to discover that the best thing I can do for my skin is to take stuff OFF.

It is a truth universally acknowledged that there is no such thing as a free lunch. Or a free anything. Everything in life has a price tag.

I depend on cosmetics like I depend on gravity or Percy Pigs – vital to my existence. But the price I must pay for my painted face is having to remove the make-up at the end of the day and it is THE dreariest, most soul-sapping activity.

In my younger, drunken life when I frequently slept in my clothes, tumbling into bed with a full face of slap was the least of my worries. Jolting into consciousness with a smeary pillow-case was, frankly, one of the better things I tended to wake up with.

But in these clean-living days, my skincare conscience won’t get away with such freewheeling behaviour.

Make-up wipes were my friends, until dire warnings arrived, saying that all they did was ‘move the dirt around’.

Along came the miracle that was Micellar Water! Just lash a few swigs of it on to cotton wool pads, they said. It’ll clean your clob in jig-time with no need to involve actual water. Then they changed their mind… Micellar Water merely removed “surface dirt”.

Next came the final nail in the coffin: the phrase “double-cleanse” began to be bandied about.

What “double-cleanse” meant was that I should remove my “surface dirt” with one light remover (like the disgraced Micellar Water.) Then I should roll up my sleeves, run the hot tap, get myself a clean towelling face-cloth and cover my face in either a “balm” or a facial oil.

I was urged to scrub, swirl, add water, and eventually rinse.

I could have cried!

And then I thought, ah shur lookit, I’ll give it a try.

I effected purchase of Daily Facial Cleansing Oil from The Soap Room, a natural skin care company out of Galway. Many run shrieking from facial oils, afraid that it’ll make their face even oilier.

But no, my friends, in some strange beauty paradox, it does the opposite!

Since I’ve started using this (delightfully fragranced) cleanser my skin is soft and hydrated but not greasy. Also, incredibly CLEAN!

I spend so much time and money lashing stuff ON my face that it’s come as a huge shock to discover that the best thing I can do for my skin is to take stuff OFF.

A clean face is your only man. Trust me. Since I’ve started this lark, my skin has never looked so pure.

I am now so devoted to my swotty new regime that I do it in the mornings as well as at night.

Since I’ve started, I’ve had far fewer episodes of “ball-y” foundation. None, in fact. And I realise now, that my poor foundation may have been accused in the wrong!