The futurist James Wallman, author of ‘Stuffocation’, says that, having accumulated too many possessions in the 20th century, people now prefer ‘doing stuff’ to ‘having stuff’. Rich experiences should make us happier, but are they simply a new way to keep up with the Joneses? 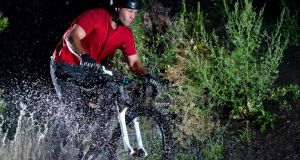 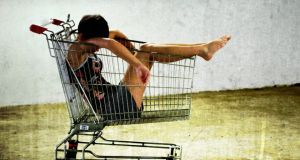 As anyone with a Facebook page knows, as they scroll through other people’s family outings, kitesurfing adventures and faraway sunsets, “experience” is the new “stuff”.

James Wallman, a futurist who has just written Stuffocation: Living More With Less, has been aware of this for longer than most. In the western world we’ve been drowning in possessions, he says, and it hasn’t made us happier.

This accumulation began in the 1920s, when the US economy underwent a crisis of overproduction. There were two choices, says Wallman. The first was to “have people do less work and have more time off”. The second involved masters of industry conspiring with advertising agencies to turn people from thrifty, risk-averse savers into “dissatisfied consumers”.

“It worked,” says Wallman. Hearts and minds were changed. By 2000 there was what Wallman calls a global rich-world, middle-class clutter crisis, and US researchers discovered that the smallest US home they surveyed contained 2,260 items.

Wallman believes people in the western world are currently undergoing another grand transformation, however. He cites an environmental analyst, Chris Goodall, who revealed that the UK had already reached the pinnacle of physical consumption, or “peak stuff”. This happened in the early noughties, says Wallman, “which is important, because it means it happened before the crash”.

And it’s a good thing, he says, because “there’s a fundamental problem with the practice of consumerism and the value system of materialism”. Environmental issues are a core problem, of course, but Wallman is more concerned with something more abstract: happiness.

As far back as 1974, he says, Richard Easterlin published a paper “showing that rising GDP was not making people happier”. Then, in 2003, a paper called To Do or to Have, by L Van Bovan and T Gilovich, more definitively “worked out that it’s being materialistic that leads to unhappiness”.

Other surveys demonstrate that too many possessions can actually create anxiety. In short, Wallman believes that we are “stuffocating”.

Many studies also show that doing things has a more marked effect on happiness than owning things, so Wallman, a trend forecaster who has in the past worked with companies such as Marks & Spencer, Louis Vuitton and BMW – the last time he was in Dublin he was meeting, in a professional capacity, with Jameson Whiskey – has rejected materialism and stuffocation in favour of what he calls experientialism.

“Flow is a lovely way of understanding it,” he says. “If you buy a pair of shoes you’re not going to spend a huge amount of time thinking about them, but if you’re cycling your bike down a hill you’re really focusing, and that is hugely satisfying.” Experiences “give us a real sense of identity”.

Wallman’s book features plenty of case studies of people who have forgone ownership in favour of experience. “My job is to spot the future here in the present and to work out what the innovators and early adopters are doing and what the majority are going to latch on to in the future,” he says.

Many of those he writes about are actually in positions of privilege. They may not have much stuff, but they still have wealth. Wallman acknowledges this. “There was a point when I wanted to call the book The New Lifestyles of the Rich and Courageous,” he says, and laughs, but he insists it’s a message for everyone. “You don’t have to be rich or poor to be happier by spending time, energy and money on doing things rather than having things.”

There will be “aspiration” in a postmaterialist, experientialist world, he says. People will still want to keep up with the Joneses, but whereas back in the 20th century this was “through the stuff you owned, because that’s what people would see . . . now, with Facebook and Twitter and Instagram, what you do is much more important than what you have”.

Wallman’s “experiential revolution” isn’t quite as politically radical as it might sound. He is keen to stress that he is not anti-capitalism or anti-consumerist. Experientialism is, in his view, just a new stage of capitalism. People will still spend money, he says, but they will “change what they spend their time and money on”.

There will be commercial opportunities, he says, in the “experience economy”.

Ronan Traynor, managing director of the “experiential marketing” company Verve, says that people increasingly want to feel “connected to the products they buy” and “tend to buy less of them” than in the past.

Traynor also speaks about the marketing power of pop-up shops and curated events.

Wallman himself mentions immersive festivals and recalls a trip to the Secret Cinema where a showing of Casablanca was preceded by a costumed event. He tells me about a theorist who advises shopkeepers to “think of stores as theatres” and to “think of their staff as actors”.

But couldn’t buying ersatz experiences eventually be as deadening as buying things? That might be overthinking it, he says. Wallman believes we should let these types of businesses evolve before knocking them. “Yes, if you provide someone with a commodified experience . . . it might be kind of plastic, but that works for some people. Some products are more genuine and more handcrafted, and [others are] more mass produced, so you’ll have the same with experiences. Even if you end up with an ersatz experience you’ll still be doing something.”

Ultimately, Wallman says, “experientialism” is more than just a consumer trend. He says that researching it has turned him “from a futurist to an activist” and that he sees it as a fundamental societal change.

He notes that economists are increasingly trying to track wellbeing as well as GDP, which means society might restructure along a different set of expectations – he quotes Joseph Stiglitz saying that “what we measure affects what we do” – and he optimistically suggests that robotic advances might finally bring in the “age of leisure” once predicted by the economist John Maynard Keynes.

But beyond making societal predictions, Wallman believes that divesting ourselves of things and accumulating experiences will make us individually happier and more fulfilled.

“The benefits of experientialism are open to everyone,” he says. “The pauper, the prince and the pop star all have different lives from a material perspective, but all experiences are valid.” He laughs. “I cycled in the rain yesterday. I loved it. It was brilliant.”

Stuffocation is published by Penguin