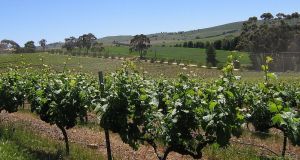 Between the banks of the Garonne and Dordogne rivers lies one of the principal wine producing regions of the world. The famous Bordeaux red or “claret” is its most iconic product and one of the nation’s leading exports with more than 700 million bottles produced every year.

The people of Ireland have long been fond of it – in the year 1740 alone Ireland imported over 4,000 caskets, compared to the 1,000 that were sent to England. One English peer, Lord Chesterfield, feared this would be the ruin of Ireland as: “the affectation of drinking wine has got into the middle and lower ranks of people.” Yet the reason such large quantities of French wines were making their way to Ireland wasn’t merely because of an Irish proclivity for a good vintage. A group of exiled Irishmen, dubbed “the Wine Geese” had in fact turned their hands to wine growing and used their familial connections to practically monopolise exports to Ireland.

Following the end of the Williamite Wars in 1691 thousands of defeated Jacobite soldiers left Ireland for continental Europe. Many enlisted in the armies of France, Spain, Austria or Poland, others lay down their swords and turned their hands to more peaceful professions. The former officers, mainly drawn from the petty gentry and merchant classes, set about rebuilding their families’ fortunes.

When Thomas Jefferson, the inaugural American ambassador to France and later president, paid a visit to Bordeaux in 1787 he reported that the leading wine producers of the region were the ‘Gernon, Barton, Johnston, Foster, Skinner, Copinger and McCarthy’ families. Skibbereen born Abraham Lawton was considered the most influential wine broker in the city and the Kirwan, Clarke, Dillon, Phelan and Lynch families also held positions of prominence. While there Lawton advised Jefferson on what wines should be purchase on behalf of US president George Washington.

However, it is probably Cork born Richard Hennessy whose legacy is the most widely recognised today. Originally from Ballymacmoy near Mallow as the second son of a member of the landed gentry, he wasn’t destined to inherent the estate and opted instead for a career in the military. As a Catholic he served in the Clare Regiment in France for a brief period but soon left to begin his career as a merchant. His initial business dealings and attempts to establish a distillery of his own met with repeated failure and he was frequently on the brink of abject poverty. He was 63 before he achieved any significant success and even then it was largely as a result of the work of his son James and his business partner Samuel Turner. The firm’s willingness to do business with the revolutionary regimes in Paris allowed them to grow rapidly while others contracted and they briefly eclipsed their long term rivals, the Martells, establishing Hennessy’s as the leading French brandy of the era. Under James’s guidance the company expanded further and today accounts for more than 40 per cent of cognac sales globally.

Another Irish émigré who made his fortune in the south of France was Fermanagh born Thomas Barton. Nicknamed “French Tom” after immigrating to France he became a successful merchant, exchanging French brandy for Irish wool. Later he began to export claret, which brought him to Bordeaux. By 1747 he had saved enough money to purchase a vineyard near Saint-Corbian in the Médoc and effectively founded one of the most enduring dynasties in the region. The descendants of the Thomas Barton can still be found there and the Château Langoa-Barton and Château Léoville Barton wineries continue to produce and export claret to this day. A total of 14 châteaux are still operating in Bordeaux boast distinctly Irish names.

However, Irish vignerons didn’t only venture to France. They and their descendants have also established vineyards as far afield as California, Mexico, South Africa, New Zealand and Australia. In fact, one of the oldest wine producing regions in Australia is the Clare Valley, named after the home county of Irish immigrant Edward Gleeson.

Today, as we all take a sudden interest in our producers and the supply lines that keep us sustained, it is worth remembering the pioneering Irish emigrants who have ensured a steady supply of our favourite tipples for the last three centuries.