The story of a forgotten Irish emigrant: ‘He died with nothing’ 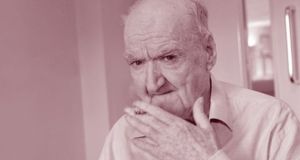 Joseph Tuohy: his story echoes those of other emigrants who went to England and lost their way.

The story of forgotten Irish emigrant Joseph Tuohy touched the heart of many of our readers in Ireland and abroad this week. The article, written by Jennifer O’Connell, explains that in 1941, aged five, Mr Tuohy was forcibly separated from his mother – a single parent in the Irish midlands. He died alone in London in July, his life blighted by that traumatic childhood event. People have come together to arrange Mr Tuohy’s funeral, which will to take place in Dublin this Friday. You can read the full story here.

Our most read story today is from Gavin Brennan, from Co Mayo, who has written about the challenges and rewards of running in Vietnam: “I swapped those leafy suburbs of Dublin for the smoggy and traffic-congested suburbs of Vietnam’s capital,” he says. “ Hanoi is worst place in the world to run. But I grew to love it.” Irish parents responded from around the world to share their experience of accessing childcare where they live. “I took 12 months paid parental leave, my husband took six months ... childcare is €90 per month ages three to six but child allowance is €130,” says one mother who lives in Sweden. The article was in response to recent research that showed Ireland’s childcare supports compare very poorly with many other countries.

Japan is undergoing an invasion of green from Irish supporters as the Rugby World Cup kicked off last week. Andrew McCarthy wrote about his rugby experience in Yokohama over the weekend: “I found myself singing Molly Malone with a Japanese Irish band on the main street of one of Japan’s biggest cities” and Anthea McTeirnan shared the 13 coolest things to see and do when visiting the country. Our Extraordinary Emigrants article this week from Nathan Mannion is about Barry Fitzgerald, who went from being a civil servant in Dublin to one of Ireland’s first Hollywood stars: “Not only did he cause an upset by being nominated in both the Best Actor and Best Supporting Actor (he won in the latter category), he also managed to decapitate his Oscar statuette with a golf club not long afterwards.”

Glamp up the garden with these yurts and bell tents
5