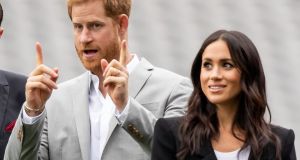 “In the time I’ve been gone, a lot has happened in Ireland. The country has changed. And so have I. I take great pride in being Irish, even more in being a Dub, but how does the part of me that grew up come home and fit in?” Lisa Tierney-Keogh, who has been writing regularly for Irish Times Abroad this year, is packing up her apartment in New York. Today she writes about preparing to become a Dubliner again.

Is there an item you or your family took from Ireland that you hold dear? We want to hear the story behind it for a new series on “Emigrant Objects”. Click here to find out more.

“I get to use the artistic part of my brain to help people physically transition into their authentic selves.” Since starting the Gender Affirmation Surgery Programme in Indiana in 2015, 34-year-old Sidhbh Gallagher from Co Louth has performed more than 200 surgeries. She shares her career journey so far with us in this week’s Working Abroad Q&A. If you work in an interesting job overseas and would like to share your experience, email abroad@irishtimes.com.

Genealogists claim to have traced Meghan Markle’s Irish roots back to a woman born in Ballinasloe in Galway in the 1820s, the latest instance of the “Irish roots found for the famous” phenomenon. Catherine Nash asks, who needs Irish roots?

Did you know that the man credited with inventing milk chocolate was originally from Ireland? Oh, and he was also private physician to three British monarchs, and bequeathed 71,000 items to the British nation, which eventually became the founding collection of the British Museum.

This summer, the poignant story of 110 teenage girls sent in 1848 from a starving Skibbereen to Australia – where they were referred to as “breeders” – will be recalled in a bronze sculpture and a large piece of Australian sandstone in West Cork.

“I don’t want to lose my father, but now I want him to go, in peace. In New York, I’m waiting, even hoping for that other phone call, the one telling me he is dying or dead.” An Irish man writes from New York about his father, who is suffering from dementia.