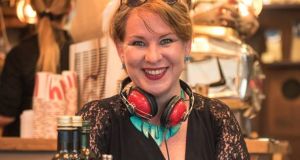 Gráinne Gillis: ‘After a period of being bullied for two years in secondary school in Cork, and standing up to my tormentors, I have a low tolerance for bullies.’

Every new story brought tears to my eyes.

This was a few weekends ago, when the news of family separation in America was at its zenith. Those cries. That anguish. What can I do? was the question that gnawed at me.

I’ve been an immigrant for most of my life. Not an asylum seeker, or a refugee, like many of those children in cages. I have dual citizenship, both Irish and American. But when my American father and Irish mother brought us to Cork, we were the kids with the funny accents. We were the half and halfs who put the wrong emphasis on words like “tomayto”.

Amid all the uprooting and the sense of displacement that naturally ensued from the move from New York to Cork, we had our parents. We were going to a nice house by the sea. We were not venturing into the unknown with our immediate caregivers, our world, being torn from us in the most traumatic, violent way possible, to make some sort of weird, bullying, political point.

It’s the bullying that gets me with the Trump administration. After a period of being bullied for two years in secondary school in Cork, and standing up to my tormentors, I have a low tolerance for bullies.

For many of us women, Donald Trump in himself is a trigger. He is the very embodiment of toxic masculinity, a one-man walking time bomb highlighting the dangers of white male privilege.

So as the question “What can I do?” whirled around my overwrought, sobbing brain, the answer came: I can sing. I can organise other people to sing.

Ahead of Trump’s visit to the UK this week, the Women’s March London was looking for groups to participate in a protest this Friday under their banner #BringTheNoise. Thousands of people will take to the streets, many dressed in rainbow colours, banging pots and pans in a carnival-style protest.

After sounding out a few of my friends from the opera community here in London, I asked if they would like me to organise a group of opera singers as part of their event. I thought 10 might show.

I now have more than 100 signed up to sing and play, with 500 interested in the Protest Trump - Sing Him Out event on Facebook. The results of 100 people singing together remain to be seen, but suffice it to say, I hope it will be a magnificent gift to the city I’ve called my home over almost two decades.

As Londoners, for better or worse, we live closely together. I still find this incredible, but 300 languages are spoken in London on any given day. We are mainly a city of immigrants, or the children of immigrants. It’s a rare thing indeed to find a native Londoner in this fast-moving, challenging metropolis. We have a Muslim mayor in Sadiq Khan.

When things go wrong - from the mundanities of delayed trains, to the tragedies of bombings - we exercise tolerance, inclusivity and compassion in the main. We don’t always succeed, but we always try. I’ve experienced more kindness in this city than in most other places I’ve been. It’s what makes the daily challenges of living in this city worthwhile.

By and large, we do not accept bad behaviour lying down.

Why, then, should any Londoner accept the man who is the very epitome of bad behaviour at high political levels, from taking his country out of the UNHRC, exiting the Paris deal, or boasting about sexually assaulting women?

Here’s the thing about performers versus Donald Trump. The performing arts industry is, arguably, the UK’s most successful export. For every £1 invested in the arts, our industry makes £2.50.

There are issues, of course. We are not immune from rampant misogyny, racism or any other social prejudice. But overall, it is a forward-thinking, liberal industry which Trump has focused some particular and unprecedented (for a US president) ire on.

The two composers I’ve chosen - Giuseppe Verdi and Dame Ethel Smyth - were both great artists, as well as inspiring political activists in their time. I’m particularly excited about performing Smyth’s “The March of the Women”. Men and women will stand shoulder to shoulder, singing for female equality in the centenary of women getting the vote.

The history of protest through song is an honourable one. Music inspires, elevates and educates; it reaches places where other art forms can’t; it is the language that is deeper than words; it is a communal and symbiotic exchange, a transcendent experience that crosses borders and nationalities.

To quote the great Jewish-American composer Leonard Bernstein, himself the son of immigrants:

“This will be our reply to violence: to make music more intensely, more beautifully, more devotedly than ever before.”

Sofa so good: A guide to sitting comfortably
Real news has value SUBSCRIBE