Is it early adulthood when we first truly embrace music, and maybe even life itself?

Philip Lynch recalls his late brother-in-law's taste in music, memories of Melbourne and getting older 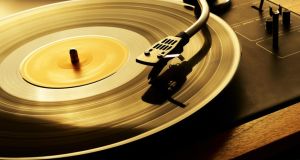 Philip Lynch: “A few months ago, after years of listening to CDs, I finally got around to buying a second-hand record player”

Here in Tasmania where vast tracts of our fragile wilderness have been razed by this summer’s devastating bushfires, rainfall is still a stingy affair. But at least it’s nominally autumn now, the nights are cooler, and the first frosts can’t be far away. But who can really tell what’s in store in this brave new climate change world?

The forecast thunderstorms didn’t eventuate today. Fortified by cups of coffee and left-over pizza, we got a fair bit done in the garden. I finally got around to digging over new ground where we’ll plant winter garlic, and my wife gathered enough produce to make the trip to tomorrow’s market worthwhile.

I could be mistaken, but lately there seems to be fewer birds around. Perhaps with the drier conditions, there’s less on offer for the wrens and pardalotes, and other small birds that usually flit about industriously. At sunset, a handful of black currawongs (Strepera fuliginosa) arrived at our depleted dam. I wasn’t sure about their intentions. These birds, endemic to Tasmania, have few if any competitors. Even our resident kookaburras who lord it over the smaller birds, knew to slink away into the bush and to keep their distance.

Supposed harbingers of colder, wet weather, with their distinctive crying calls and odd looping flying trajectories, the currawongs moved on almost as soon as they arrived, as if they’d suddenly remembered a better option, as if we weren’t good enough; and the dark clouds gave way to a clear blue sky.

When my time comes, as it surely will, I’d prefer somewhere more tranquil

Earlier this evening, I set a trap for the black rat that’s showing more than a passing interest in some of the pumpkins in our garage. We surprised each other last night when I went out to fetch a loaf in from the freezer. To say it’s well fed is no exaggeration. I watched in dismay as it scuttled effortlessly up the ladder and disappeared into a small gap near one of the ceiling joists.

Before long, it’ll having a breeding mate, if it hasn’t already, and we’ll be in trouble. I won’t use poison because of the secondary danger that stuff poses to the owls. It’s been a long dry hot summer, and I’m not of a mind to share any of our hard-won produce with these relatively benign rodents.

Tonight, I’m listening to my late brother-in-law’s music. Rob was buried one blisteringly hot Christmas Eve, way out where Melbourne’s suburbs seem to go on forever. Wrapped in just a shroud as if he might’ve been a monk, the attendants lowered him carefully into his grave, as the traffic passed noisily nearby. Barely past 50, his years of struggling with poor health were finally at an end.

When my time comes, as it surely will, I’d prefer somewhere more tranquil; preferably where people will come and go and where large gum trees will sway in the wind, and, with luck, partially shade me from the heat of the Australian sun. Somewhere where the currawongs may deign to visit, even for a brief while, or where kookaburras may chortle raucously close by from dawn to dusk. I’m not fussed about plastic wreathes or manicured paths, or marble headstones with pithy words, just give me some tranquillity. Only a handful of us were present at Rob’s burial. Anyhow, he had made his multiple farewells in the preceding few months, one of the benefits, if you could call it that, of a terminal illness.

After his possessions were sorted, we collected some of his furniture and the dozen or so milk crates that held his record collection. Most of his other stuff we took to the Salvos and the tip. Dispersing his life’s worth of possessions proved to be a relatively straightforward business.

A few months ago, after years of listening to CDs, I finally got around to buying a second-hand record player. Paul who runs our local servo also does a line in restored turntables. When I filled up the Ute one day, he sold me a Dual 505 which he promised wouldn’t disappoint.

In early adulthood, we like to imagine our future is bright and brimming with possibilities, and potential pitfalls along our journey rarely register

I connected the turntable to my amplifier and speakers, and suddenly, I’m back in my shared house days, more than 30 years ago in Melbourne. Back when we took turns at buying the latest Kate Bush, Neil Young, The Rolling Stones, Jethro Tull and so many others.

Tonight, thanks to Rob, I’ve been listening to Stevie Nicks’ Bella Donna. Later, I’ll probably play New Order’s Substance. Although, on second thoughts, I feel as if I’ve listened to it too much lately. I’m less melancholic tonight. It’s the weekend and something more upbeat may be a better option.

Setting aside Rob’s abundance of Kylie, Queen, Madonna, Duran Duran and Boy George, I opt for Grace Jones’ Island Life. Jones’ exquisite style and energy still holds up so well after all this time. Over the last few months, some of my other favourites have been Blondie, Depeche Mode, The Smiths, Pet Shop Boys, and the Bronski Beat. It’s an excellent long list and there are far too many others to mention individually.

Perhaps it’s in our early adulthood when we first truly embrace music, and maybe even life itself. In early adulthood, we like to imagine our future is bright and brimming with possibilities, and potential pitfalls along our journey rarely register on our radar.

As the first spatters of rain finally fall on the roof, Substance, inevitably, is spinning on the Dual. I should grab the torch, go outside and check on the trap, and the volume of water entering the water tanks. It’s late now. There’s the market in the morning and other chores that probably can’t be put off any longer. We’ll have an early start and I probably call it quits soon. But I’m not ready to let go of this day. I’m not quite done, tonight.