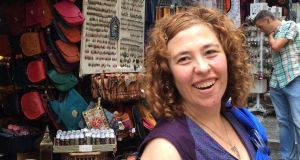 Pilar Alderete Diez has lived in Galway since 2003.

It is always easy to point out differences when you are in a foreign country. Everything you experience and encounter is part of the culture, and as an outsider, you need to explain it to yourself so it makes sense. Some things even go against everything you have lived by before. In order to immerse yourself in the cultural experience, you compare, criticise, filter how people behave.

I moved to Galway in 2003. I had lived here before though, so I already had a sense of the type of city I was arriving into. I had spent nine months as a poor student living in one of the residences on campus for my Erasmus experience, but when I was offered a temporary contract to teach Spanish as a foreign language assistant at NUI Galway, and then offered a new permanent post, I began to settle and see the great things my new country could offer.

Just like JJ Keaney’s experience (10 things I’ve learned in 12 years living in Spain) published on March 27th, it wasn’t easy initially, but once I accepted that things are different to how I remembered them or how they were in the other places I lived (Brazil, Canada, England, Spain), things eased up a bit.

When I read the article that was published in this paper a few weeks ago by JJ Keaney, I couldn’t help but respond to it

A permanent contract in 2006 and the birth of my daughter in 2015 meant that there was no returning home to Spain.

Even though I always knew that I would never be fully Irish, the reason that I chose to stay here in the west of Ireland was mainly your relaxed attitude – unnerving as it is for a Spaniard, sometimes – towards just about everything. It was always my purpose to learn a bit of that relaxed frame of mind, but from time to time, I encounter things that make my Spanish blood boil.

I’m not much of a patriot; I left my home town with every intention of never coming back and I’m one of the most fervent critics of my native land's ways, strange policies and unreasonable customs. But when I read J J Keaney's article, I couldn’t help but respond to it (and start a conversation among Spaniards of all walks of life and regions in Galway). I waited a few weeks to let it settle so I could respond in a collected manner, without the Spanish bravado.

JJ provided very good advice on five points in his article, but there were another five that most of us Spaniards agreed were not very accurate. Of course, his experience of Spain and Spaniards is going to be invariably partial.

Here are five things that we – my fellow Spanish friends and I - cannot really agree with JJ Keaney, when he claims that:

Finally, as Spanish people living in Ireland, we would like to encourage anyone wanting to move to Spain to open up, enquire, be amazed, question and embrace the diverse ways that the vast country they are going to enjoys displaying. After all, we are all show-offs, aren’t we?