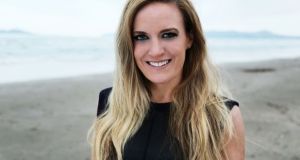 Galway woman Eímear Noone will become the first female orchestral conductor to perform during an Oscars television broadcast.

Noone thanked the producers and music directors at the Academy of Motion Picture Arts and Sciences for inviting her to perform in Hollywood on February 9th.

The composer-conductor spoke to The Irish Times last November about moving abroad to find opportunities in her career. She said she had always loved music a child growing up in Kilconnell and could play a tin whistle by ear as soon as she was given one.

During her school years, in the 1990s, Noone travelled to Dublin every Saturday for flute and piano lessons at the Royal Irish Academy of Music.

She went on to get a degree in music at Trinity College Dublin and cofounded Dublin City Concert Orchestra with her classmate Jillian Saunders; they ran it together for five years.

In 2004 she moved to Los Angeles, since when her impressive body of work has ballooned to 26 film and video-game titles, including World of Warcraft: The Warlords of Draenor and Diablo III. She has written music for films including Mirrors, the Hole and the Gus Van Sant film Sea of Trees, starring Matthew McConaughey.

Noone is married to a US composer, Craig Stuart Garfinkle, and the couple have two children; they live in Malibu.

Ask the Expert: My husband has a very short fuse with kids
4