Why do so many deaf people struggle to find work in Ireland but thrive in the UK? 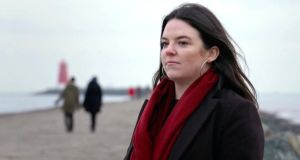 Joanne Chester: able to get full access to her third-level education at Maynooth University, but once she graduated she felt out on her own again

Emma Nolan got fed up of employers in Ireland turning her down for every job she applied for. One of those jobs was at a gym, as she has a qualification in sport. When Nolan, who is deaf, was called for interview, she asked if they could provide a sign-language interpreter, and told them about a grant available for interpreters for job interviews. “I never heard from them after that,” she says.

After two years of unsuccessful applications, the young Dubliner moved to London a year ago and found a job within weeks, at a branch of the Swedish clothing retailer H&M. To her surprise, a sign-language interpreter was provided for the job interview without her even asking.

What surprised her even more was that her managers continued to provide sign-language interpreters for regular team meetings, and notetakers if she wanted. They also gave her a special pager that translates into text the information other staff get over their radios. She was recently promoted to team leader, and says that, after a year in London, “Ireland feels like it’s 20 years behind.”

Nolan is one of the young, deaf Irish people to feature in a new RTÉ documentary, London Calling, who say they had to move to the UK in order to be able to work in their first language. This new dimension to the Irish-diaspora story is what the documentary’s producer Anne Heffernan calls “access emigration”.

The single biggest factor enabling the careers of these highly qualified, ambitious and intelligent young Irish people to thrive in London isn’t the plethora of job opportunities but the existence of a scheme called Access to Work. The UK-government-backed programme provides personalised support for disabled people to take up or remain in work.

Crucially, this support goes above and beyond what might be termed “reasonable accommodation” for workers with disabilities, and can include sign-language interpreters, notetakers, support workers and specialist equipment; basically, whatever you need to do your job and do it well.

If “access emigration” is to become a thing of the past for deaf Irish people, Ireland needs a similar scheme. Thanks to the passing of the Irish Sign Language Act in 2017, the Irish Government now officially recognises Irish Sign Language, but it may be some time before this translates into meaningful supports for deaf people here.

Sharon Osborne, from Wexford, has forged a successful career as a fashion designer since arriving in London, with her designs now sold by Asos, Boohoo, Nasty Gal and Warehouse, but in Ireland she struggled to access third-level education.

Osborne is exposed to many more opportunities in her industry in London than she would be in Dublin, but the Access to Work scheme is vital to her on a day-to-day level for access to sign-language interpreters.

Eoin Burns, from Cork, is a highly qualified civil engineer, yet he couldn’t get work here. He found himself having spurious arguments with some prospective employers, who believed that having a deaf man on a construction site was dangerous. Since moving to London he has been promoted three times in five years.

Burns needs an electronic notetaker – a person who quickly types out live speech into a laptop, making it a bit like watching subtitles on the TV – for formal meetings with clients and colleagues. In London he has access to one through the Access to Work scheme, but for the moment it’s entirely up to employers in Ireland what supports they are willing to provide for disabled workers, if any. In the UK, Access to Work removes that cost for employers.

Thomas Mulloy from Dublin is a senior accountant and head of finance for the London borough of Barking and Dagenham, a local council with a £1 billion turnover and £3 billion in assets. Access to Work enables him to manage his team of hearing people at the council through sign language. Users of the scheme can access up to £57,000 (€66,000) a year to pay for sign-language interpreters to work with them every day.

A 2011 review of the scheme found that for every £1 the government spent on it, £1.48 was coming back into government coffers.

It’s a powerful point, says Heffernan. “When work is made accessible for deaf people and people with disabilities, they’re paying tax, they’re spending and they’re not relying on social welfare, and in the case of deaf people using sign-language interpreters, that’s a second person in employment, paying tax and spending.”

Mulloy says the real value of Access to Work is enabling deaf employees to progress and to be visible. “It is through daily exposure that awareness is raised. We need more deaf role models in the mainstream, and particularly in senior roles.”

He mentions a deaf friend and British Sign Language user, Toby Burton, who works as chief financial officer of a FTSE 250 company, and travels around the world managing various teams.

He concedes that the Irish Sign Language Act may well pave the way to a similar work-support scheme in Ireland, but he points out that Access to Work is for all disabled people, not just those who are deaf.

Mulloy went to a deaf boarding school in England from the age of 12, and has lived in the UK ever since, but has experienced poor attitudes from Irish employers.

“After university in Wales I was offered a job at Bank of Ireland Securities Services in the IFSC, and when I asked if the package involved chartered-accountancy training, they more or less told me off.

“The attitude was akin to that of ‘be grateful you’ve got a job’.” Not long afterwards he landed a graduate audit-trainee role in London.

London Calling also follows a newly qualified social worker from Waterford, Joanne Chester, as she considers moving to London to pursue a career in youth work. She visits the city to meet friends who have settled there, and to talk with youth workers who are making a difference in the lives of young deaf people.

It’s a reflection of some progress here that, as a deaf student, Chester was able to get full access to her third-level education, at Maynooth University, through the consistent provision of Irish Sign Language interpreters. But once she graduated she felt she was out on her own again.

Whether to move to London is an agonising decision for her. Although she is determined to follow her career dream, she ultimately decides to stay here.

“I want to make the best use of the knowledge, values and experiences I’ve gained from the Irish deaf community and Irish society, because this is my home,” she says.

“Why should I move? I am here. I will not be invisible. I will not move just to make the Irish Government’s job easier. Ireland is my home, and I am really not keen to leave behind my friends and loved ones. I know I would be totally unhappy living in a different country.”

One of the things she loves the most is volunteering with young people through the Irish Deaf Youth Association. “I want them to have that support that I needed when I was young. I can’t leave them behind.”