'I've lived in London for a decade, but have never stopped writing about Ireland' 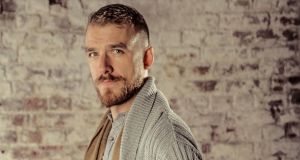 John O’Donovan: ‘In an ideal world, we’d see a freer exchange of art and artists regardless of the borders they are contained by, with more Irish art being seen overseas at the same time as opportunities increase for returning emigrants.’

I’m a playwright (amongst other things, obviously; if I made all my money from writing plays, you’d definitely already have heard of me). I’m Irish too. I live in London now - I left Ireland a decade ago - and although it’s hard not to spread yourself too thin here, I try to write every day.

It’s funny though: despite the fact that I’ve been trying to make my home in London, I’ve never really stopped writing about Ireland.

If theatre’s a spoken medium, I write in my own accent.

But it can be tricky, living away from the place that gives you inspiration. Away from the audiences that might find your work interesting. Away from the other creatives whose work your work is trying to engage with. And - maybe most crucially - out of sight and mind of the programmers who might be deciding how they should spend their funding.

It seems particularly tricky at the moment. There’s an important conversation happening now about who should be making theatre, how much they should be getting paid for it, and how they should be supported while they do it. The ‘Letter of Concern Regarding the Abbey Theatre’published in The Irish Times (January 7th) brought the conversation to public attention.

Reading the letter and subsequent commentary, I was inspired and impressed: it can be so hard to get even one gig in the theatre, let alone to string together a career, so any conversation that unifies creatives and seeks structural change and support is hugely welcome.

Following the story from London though, I couldn’t help but feel a tiny bit worried. I know a lot of Irish writers; some are based in Ireland, some are not. Most of them write about Ireland, usually, with a level of humour, craft and expertise that I admire, and sometimes even envy. I haven’t done a study or anything but I can’t say I’ve noticed a difference in skill or insight based on where the artists are currently paying (usually too much) rent.

I left Ireland in 2009. I come from a low-income background with no family connections, have a first-class MA in literature and - back then at least - had no one I could stay with within a commute of Dublin (the original recipe for millenial emigration, FYI).

Graduating into the backwash of the recession, I couldn’t find any kind of work in the west, and there was no way for me to move to Dublin either. I didn’t know how I was going to do anything, let alone satisfy the urge to write theatre. After 14 months of incessant dole, unanswered job-applications and unremitting self-loathing (how much self-reproach was sharpened on the whetstone of “We all partied”? It’s hard even now not to be bitter), I packed a carry-on bag and took a cheap flight from Shannon to Stansted, to see how the summer might pan out.

I had no plan to make it a permanent move; I’d been to London visiting family dozens of times in my life and it never particularly appealed. But as it happened, that was where the couches I could crash on were, where I could find low-paid retail jobs, unpaid internships, and eventually, better-paid work, slightly nicer bedrooms and, occasionally, even stages for my writing. If there was never a plan to stay in London, there hasn’t ever been a strong reason to leave. (Set your alarms for late March this year and check in with me then I guess).

So when that letter to Josepha Madigan called specifically for improved standards for Irish-based artists, a little note of caution trilled in my head. I thought of the small squadron of Irish theatremakers I know who weren’t able to stay in Ireland.

A career in the arts is uncertain at the best of times. Even in this welcome conversation about standards and conditions, it’s natural to worry that when an effort is made to redraw the rules more fairly, there’s a risk of ruling out those of us who, by virtue of age, origin or financial privilege, couldn’t afford to weather the economic storm post-2008, and now live elsewhere.

Anecdotally, there’s been talk heard of theatre programmers, commissioners and funding bodies becoming reluctant to consider work made by emigrant artists, afraid of the flack they might now receive for backing, for example, a director who usually lives in London, or a writer who usually lives in New York.

It might be rubbish, but that we’re even talking about it points to the anxiety of emigrant artists that in the reckoning of these things, we’ll either be misrepresented, unrepresented or forgotten.

Leaving the country wasn’t like some richer, older people tried to describe it at the time. Most of us weren’t jaunting off in pursuit of some El Dorado elsewhere. It wasn’t a gap year. Instead, unemployed, too young then to have made rainy-day money during the boom years, and - in many cases - without family or a place to stay within Dublin nor means to rent within the city, we were forced to leave and start life elsewhere.

But we’ve stayed hopeful that we won’t suffer what previous generations of emigrants did. The world is growing smaller, closer together. We continue to hope to be able to maintain a realistic connection with Ireland, and engage culturally as well as politically, regardless of our postal address.

This isn’t a bygone thing: we’re not sitting around reminiscing over some emerald-tinted vision of the ould sod. Like many professionals and tradespeople, we work abroad, but we return home frequently, living between several jurisdictions, going where the work is.

In an ideal world, we’d see a freer exchange of art and artists regardless of the borders they are contained by, with more Irish art being seen overseas at the same time as opportunities increase for returning emigrants.

So my hope here is that policy makers - official or otherwise - keep us in mind, and maybe even make a conscious effort to ensure that they don’t rule out working with Irish theatremakers regardless of where they currently have to make their home. The industry can and should raise all boats fairly - I totally agree with the open letter of January 7th on that - and all efforts should be made to ensure that the door isn’t closed on the current and next generation of Irish-based theatremakers.

I just hope that in the upshot there is no veto on those of us currently abroad as a result. Otherwise, a generation of emigrants risks having the door closed on them for the second time in a decade, silencing the voice of working-class, rural and otherwise less-privileged artists from around the country who hadn’t sufficient clout in 2008 to survive the recession, and don’t yet have the right connections to make a return home today.

John O’Donovan is a playwright and editor from Clarecastle, Co Clare. Based for now in London, his play If We Got Some More Cocaine I Could Show You How I Love You had its Irish premiere at the Project Arts Centre in Dublin, and is published by Bloomsbury Methuen Drama. He tweets @johneodonovan