During questions in an Exiting the European Union Committee in London, former taoiseach Bertie Ahern said that Northern Ireland is not the same as other parts of the UK. Video: Parliament TV 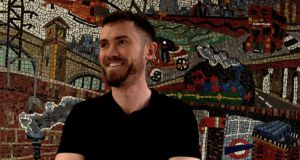 Peter Flanagan: ‘As an immigrant here, the regular task of having to explain the geography of their own country to British people while simultaneously trying to sound like a grateful, 'good' immigrant is getting exhausting.’

When former taoiseach Bertie Ahern was asked by a House of Commons committee how Irish people feel about the suggestion that they leave the EU and “re-join” the United Kingdom, many in Ireland were amazed this could be considered a serious solution to border backstop problem.

But as an Irish person living in Britain, the story was just another reminder of how little the average British person knows or cares about their country’s relationship with their nearest neighbour.

For many who voted in favour, Brexit was very much a case of “Take control of our borders now, figure out where our borders are later”. The result has been the grindingly absurd fiasco that is the UK’s withdrawal from the European Union.

Living in London, I’m sometimes asked if I’ve felt any hostility towards Irish immigrants here as the negotiations between our governments grow ever more strained. But I think the desire by some for Ireland to ditch its Republic and “come home” to the union actually comes from a place of well-intentioned ignorance, or a kind of dumb inclusivity.

When the subject of the Irish border recently came up in a bar, a pro-Brexit person in my group leaned in and said to me “I think Ireland should be part of the UK anyway, like Scotland or Wales”, then nodded magnanimously like he was a builder of bridges.

Herein lies the difficulty for Irish people in my position - how to educate someone on their own history, without sounding like an overly sensitive, confrontational IRA sympathiser? Is it possible to let go of the past, when one of the parties involved is unaware that the past even took place?

As obsessed as the Irish national psyche is with Britain and our independence from it, many people in Britain are unaware that Ireland is a separate country at all. While they may be vaguely aware of a separation between the North of Ireland and the Republic, there’s often a presumption that Irish sovereignty is a kind of nominal independence.

Twice in the last few months I’ve had to request that my nationality be changed from British to Irish on a form - once when registering to vote, and again when booking a holiday with a travel agent. On each occasion the administrators - who had pre-filled my information incorrectly - greeted my requests as though I were being pedantic, adhering to some trivial, obscure technicality.

It is the political equivalent of getting a drunk text from an ex at 1am, suggesting that you get back together

As an immigrant here, the regular task of having to explain the geography of their own country to British people while simultaneously trying to sound like a grateful, “good” immigrant is getting exhausting. But perhaps my stepping into the void and filling the gaps left by British education system is the free market doing its job, like the Conservatives always told us it would?

Asserting one’s identity shouldn’t be about nationalism - Irish independence from Britain is a simple geo-political fact. Likewise, opting for continued membership of the EU over a return to a union with Britain isn’t about sectarianism, it ultimately boils down to bare economics.

As part of the United Kingdom, Ireland experienced centuries of brutal poverty, ultimately culminating in famine, mass emigration and the reduction of Dublin to one of the worst slums in Europe. While the rest of the UK went through its industrial revolution, Ireland actually de-industrialised, condemning generations of Irish workers to the surreal misery of subsistence farming, providing food to England’s exploding urban population with any surplus pocketed by an absentee landlord class.

As a member of the EU, Ireland has attracted billions of Euros in foreign direct investment, while being part of the single market has allowed Irish businesses to trade easily with Europe and beyond. Ireland’s net gain from EU budgets has been €44.6 billion since 1976, and the impact on our infrastructure has been transformative.

Last year the Irish economy created nearly 1,300 new jobs per week, while the British government is actively encouraging employers to leave its shores as it presses ahead with its bullish, directionless approach to Brexit. Everyone from banks to car manufacturers are on the way out, and the Bank of England said last week that Brexit has cost the economy £80 billion so far.

Eventually, this is something that even the most hardline unionist in Northern Ireland will have to consider; who will offer them and their children a better deal - membership of the UK, or the EU?

Nevertheless, the Irish border backstop has caused consternation in the Conservative party, and the reunification of Ireland and Britain is something that has seriously been suggested by those grasping for a solution to the Brexit mess.

Let’s call it what it is; desperate. It is the political equivalent of getting a drunk text from an ex at 1am, suggesting that you get back together. Ireland knows that Britain has had too much to drink, has kebab on its shirt and is probably crying.

Unfortunately for Britain, Ireland would prefer to just stay friends.

We’re entitled to stay in Britain after Brexit, but we could be better off at home