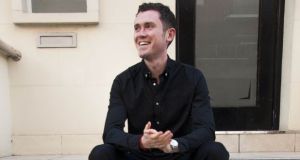 ‘Mass migration from the East has given the public fresh bogeymen to fret over; compared with the discrimination these people face, the Irish jokes I encounter almost feel like progress.’

Ireland is spoiling Brexit. The Irish Government’s insistence on a border backstop arrangement has caused everything from confusion to anger among English politicians; simply, Britain voted to take back control of its borders, without realising where its borders were.

Things got so tense last week that Tory MP Priti Patel even suggested using the prospect of food shortages in Ireland to get the backstop dropped entirely; the historical context of Britain threatening Ireland with food shortages was apparently lost on her.

Meanwhile, the Home Office has reported a surge in hate crimes on minorities in Britain since the referendum. Should the Irish living in Britain be worried?

To be Irish in England is to be the butt of the joke an awful lot of the time. It’s not that they don’t like us, many of them just find us inherently daft - like misguided teenagers with our silly manner of speech and misguided yearning for independence.

My first job in the UK was an internship with an FX company in Canary Wharf. I was 22, and was feeling pretty good about myself until I was told my username for the company computers would be “Paddy O’Flanagan”. The trading floor filled with howls of laughter when I told my new slick-haired colleagues that they seemed to have gotten my name wrong. I began to wonder if I’d only been hired as a kind of joke in the first place, like in the Wolf of Wall Street when a little person is tossed against a dart board.

I’m so desensitised to this kind of remark now that when a superior dismissed me as an “Irish builder” on a recent away day with a different company, I didn’t even blink. Living in the UK, if you took offence every time someone laughed in your face for being Irish, you’d not only be dismissed as being overly sensitive, you’d be exhausted.

Nevertheless, while it’s true that the Irish have historically faced some discrimination in the UK and beyond, it’s also true we’ve had it easier than other groups. It’s far easier to assimilate into a predominantly white, Christian country when you are both of those things too.

Irish immigrants will not even need to register for visas after Brexit - here we are seen as part of the gang, whether we like it or not. It’s important to make this distinction. In the wrong hands, a misplaced sense of Irish victimhood can be both embarrassing and even dangerous.

Take last summer, when disgraced Fox News host Bill O’Reilly visited Cavan and announced over social media that he was exempt from “white privilege” due to his Irish ancestry. The argument goes that because “his people” fled the Famine in the 1840s, he couldn’t possibly be accused of benefitting from social and structural inequality in America in 2018.

The “Irish Slaves Myth” is an extension of this. During the 17th and 18th centuries, Irish people were sent to British colonies in the Caribbean to work as free labour, or “indentured servants”. This fact has been latched onto by white nationalists in the US and beyond to prove that African Americans aren’t the only ones who had it tough, and that white privilege is a myth. However, while Irish indentured servants did work side by side with African slaves in appalling conditions, it is not accurate to call the Irish slaves. The Irish were granted freedom after a certain number of years served, and many went on to become slave owners themselves.

Still, despite the Irish Slaves myth being widely rebuked by historians, it has proved widely popular with Neo-Nazis, holocaust deniers, and… Sinn Fein. In 2016 then leader of the party Gerry Adams used the N -word in a Tweet where he essentially compared himself to the protagonist of the film Django Unchained. While he later apologised, it was a qualified apology where he claimed to be highlighting the parallels between the Irish nationalist experience and that of African Americans.

The reality is that the Irish immigrant experience has always been markedly different to other ethnicities. In the US, Irish Americans have risen to the highest ranks of American society, from the Republican Party to the Democrats.

This wasn’t always the case; many of the first Irish to land in America couldn’t even speak English and had to deal with widespread anti-Catholic sentiment; the Klu Klux Klan was burning crosses outside Catholic churches until the 1920s. Nevertheless, over time the interests of white Protestants and Catholics coalesced, and the descendants of the first immigrants thrived.

As uncomfortable as Anglo-Irish relations may become over the border issue, the days of Irish immigrants facing genuine hostility in the UK are long gone. Mass migration from the East has given the public fresh bogeymen to fret over; compared with the discrimination these people face, the Irish jokes I encounter almost feel like progress.

The threat of food shortages in Ireland is laughable; the Global Food Security Index lists Ireland as the second-most food secure nation on earth. Meanwhile, the number of British people applying for Irish passports has surged since Brexit; perhaps the joke is finally on them?

Peter Flanagan is writer and comedian based in London. He has performed across Ireland, the UK and Australia, and has appeared on Newstalk and BBC Radio. Read his last piece for Irish Times Abroad: We’re entitled to stay in Britain after Brexit, but we could be better off at home

Michael Harding: I was in my underpants, finishing off the pint...
Real news has value SUBSCRIBE