Why are some people so proud of not keeping up with the Kardashians? 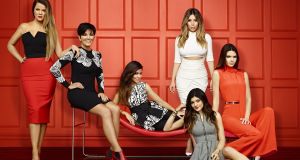 Keeping Up with the Kardashians will soon be no more. Photograph: E!

Keeping up With the Kardashians will soon be no more. Thus ends one of the current century’s defining cultural epochs. What can we call it? The Kardashian Unawareness Years? The Which-One-is-Kylie Age? Some other dig at those boasting about their ignorance of Armenian-America’s best known family?

For 14 years swathes of the world’s population have taken enormous pride in not watching the hugely popular TV series. Let us be clear. We are directing no opprobrium at anyone who has never happened upon the show. You may not have the channel. You may, perfectly reasonably, be uninterested in reality TV of any stripe. I harbour no more hostility towards you than I do towards those who have never investigated the song cycles of Robert Schumann.

My issue is with those who wear their apparent – often exaggerated – unfamiliarity with the Kardashians as a badge of honour. Performative ignorance has a long, long history. It always confirms the celebrant as a pompous meathead. I have little doubt that, in 17th century Holland, as Tulip Fever raged, certain fashionable gents were bragging about their inability to tell a Flax-leaved Galleon from a Turkestan Admiral. The phenomenon is often characterised by a supposedly comic inability to get names and details correct. “Who are Bouncy and Jay-B?” our idiot might remark of a current celebrity couple. The implication, as ever, being that they are better people for having only sketchy knowledge of the Knowles-Carters.

Almost everybody has done this at some time. It usually happens in the presence of popular culture, but there are some higher manifestations. Observe how supposedly well-educated people brag about their ignorance of mathematics. “Oh I was always terrible at maths. I couldn’t tell you a thing about the angles of a triangle,” they say. Such people never boast about not knowing the capital of Norway or the author of Measure for Measure. Mathematics was, it is implied, the preserve of duffel-coated eccentrics at the other end of the university.

I will here confess that, from time to time, I have been among those exercising performative ignorance in the field of sport. There is no excuse for the smug attitude I adopt when advertising my great achievement in not being able to name a single player in the current Irish rugby team. The subject is one of interest to a great many people and, as a man who unconvincingly pretends to decent general knowledge, I really should be able to name Conor Murray or Iain Henderson without consulting Wikipedia (as I have just done). Shame on me. I am a bad man.

There is, however, no cultural or intellectual phenomenon that brings out so much proud unawareness as the Kardashians of Southern California. From the moment the show arrived on the E! channel in 2007, Mekon-headed geniuses have been telling anyone who will listen how little they understand of the family’s affairs. The guest presenters on Have I Got News for You love to ask Ian Hislop about the show and then wallow in his delight at being unable to tell one alliteratively named sibling from the next. Everybody feels cleverer at not knowing stuff. Hooray!

If you were in doubt about the phenomenon then a dip into Twitter last week would have shaken any illusions. As the news emerged that the show was coming to an end, the platform was inundated with brilliant people expressing pride at not having watched the show. “Proud to say I’ve never watched a minute of the Kardashians,” an Australian freelance journalist tells us. “Proud to say I never watched one single episode of the Kardashians,” an “IT geek” adds. “I am hugely proud to say I have never watched Keeping up with the Kardashians,” someone from Norfolk escalates. The contributions went on and on and on. It is good to hear that pride is still so important to the contemporary psyche. Earlier generations fought the Nazis or defended the GPO. The current legion gain pride by not tuning into a cable channel on Saturday evening.

Not everybody bragging about their great achievement is a man. Not all of the men are gammon-coloured. But the rush to be publicly oblivious of the Kardashians above all else is surely connected with the show’s focus on young women (not as young as they once were, but still) and with the perception that it is aimed at a female audience. Similar sorts of huffing and puffing have come the way of Twilight, Gilmore Girls and Sex and the City. As the tweets above confirm, one need not even watch The Kardashians to draw immovable conclusions about its quality. These entities are, apparently, trivial in a way that rugby, the Fast & the Furious and The West Wing are not.

This phenomenon is part of a wider recreational ignorance that we will dub the Never Heard of Them Tendency. Rare is the news report on any celebrity that does not attract a huddle of “never heard of him/her/them” remarks in the comments gutter. Good for you. You don’t know something. Shout it to the skies. Be very, very proud.