We should the end the myth surrounding Cancel Culture

Memeing of Life: Proven accusations are not actually enough to blacklist people 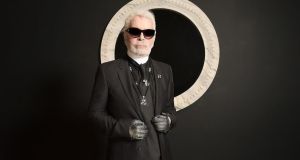 Designer Karl Lagerfeld was the latest victim of a cancelling following his death this week.

“Cancel Culture” is a term that’s gained more traction in the online sphere in recent weeks. Put simply, it describes publicly shaming people for bad tweets, opinions or past transgressions, usually. Critics of Cancel Culture – aka anyone who uses the term – say it silences those who don’t demonstrate the requisite degree of political correctness, thus shutting down dissenting voices like some sort of woke pitchfork mob.

This critique has become more popular in the wake of several high-profile instances of cancelling, spurred on by the #MeToo movement and other progressive messaging campaigns. One can be sympathetic to anyone in fear of a mob, and most of us have witnessed knee-jerk snark being weaponised on undeserving targets. But the myth of Cancel Culture as all-pervasive and endemic seems hard to sustain. For one thing, it presupposes that online snark is co-ordinated, rather than just the natural result of greater accountability and huge availability of information.

It also ignores the fact that proven accusations of racism, sexism and even actual assault don’t really consign people to the dust-heap that’s being alleged. Louis CK, Roman Polanski and Chris Brown are all working on new projects. Donald Trump is the leader of the free world, sustained by a large cohort of the population who think dozens of allegations pertaining to his racism and sexual assault are no big deal. Meanwhile, R Kelly is finally seeing repercussions for his decades-long campaign of rape and sexual abuse, primarily because a cancelling campaign succeeded where police intervention failed.

Which is not to say Cancel Culture can’t sometimes appear to stray into ridiculous territory, like this week’s furore over an old Playboy interview with John Wayne, which “revealed” the legendary cowboy actor – who died 40 years ago this June – to be virulently homophobic and racist, things which were known and said about the man throughout his life. As YouTuber ContraPoints put it sarcastically: “Let’s also take a moment to remember that King Henry VIII had two of his wives beheaded. Totally misogynistic. #CancelHenryVIII.”

Of course, waiting 40 years to cancel someone is positively polite compared with the case of designer Karl Lagerfeld, who this week became the subject of a digital pile-on over his highly objectionable comments about women, Muslims, Jews and the Holocaust. Complicating things a little was the fact this happened the day he died, as a direct response to the verbose and heartfelt tributes pouring in from fans and colleagues. As people debated the rights and wrongs of piling on a man so recently deceased, Twitter’s @Laura_June struck the blackly comic tone that perhaps summed things up best. “RIP Karl Lagerfeld,” she wrote, “cancelled by god and twitter all in the same day.”