TV guide: 13 of the best shows to watch this week

Home of the Year, Other Voices, Big Narstie and Gogglebox all return this week 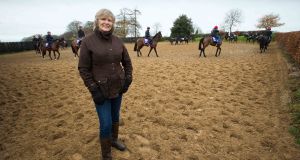 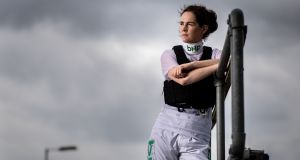 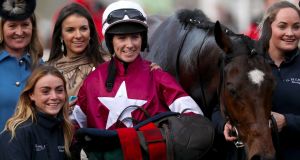 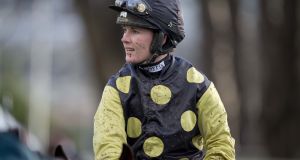 Grenfell: Did the Fire Brigade Fail? – Dispatches
Monday, Channel 4, 8pm
The fallout from the Grenfell Tower fire in June 2017 is still being felt. Dispatches investigates the response of the London Fire Brigade to the confliguration, which killed 72 people, and asks whether the brigade’s decision to tell residents to stay put contributed to the high death toll. Through interviews with survivors and firefighters, and using critical new evidence released by the public inquiry, the documentary explores if a lack of training meant that firefighters were ill-equipped to cope with a fire of this kind. Brigade commissioner Dany Cotton maintains that she “wouldn’t change anything” about the response on the night. Still, could more have been done?

No, this is not a magic show, although it does feature a cohort that is often invisible – cyclists. Simon Delaney and Bláthnaid Treacy explore one of Ireland’s most dangerous activities: cycling on Ireland’s roads. Why is there such enmity between cyclists and drivers, and why do they seem unwilling to share the road? Delaney, a dedicated driver, sets out to find out how the other half live, and learns what it’s really like trying to get from A to B on two wheels without falling foul of the four-wheeled species. In the first episode, Delaney joins a Donegal family attempting to survive a week without using the car by taking their bikes to school, work and the shops. Meanwhile, Treacy heads to Copenhagen, a mecca for cyclists, to see how Europeans manage to integrate bike and car. With 150,000 bicycles on our roads, why oh why can’t we all just get along?

While Dermot Bannon swans around the world’s finest houses on Sunday night, back at home it’s time for Irish homeowners to showcase their own incredible gaffs, and compete for the coveted Home of the Year crown. You know the drill: 21 homes will be shown over eight weeks, each with its own unique style and design quirks, with the winning home each week going through to the final. First up is a house in Co Down known as “Goldeneye” – will the judges be shaken and stirred by this contemporary pile overlooking the shores of Lough Neagh? Next is a converted stable in in Dublin in the shape of a horseshoe; will it prove lucky for the owners? The third house to be showcased in this first episode is a 19th-century cottage in Co Galway with a modern extension. Will this prove the right mix of old and new? Judges Hugh Wallace, Deirdre Whelan and Peter Crowley will have to make the hard decisions.

100 Vaginas
Tuesday, Channel 4, 10pm
Although celebrities have lined up to appear in the play The Vagina Monologues for years, many “ordinary” women still feel uncomfortable talking about their genitalia. Documentary artist Laura Dodsworth is challenging this attitude as she photographs and interviews 18 women (not 100 as the title may lead you to believe), aged 19 to 77, about their vaginas. Their experiences range from the funny to the shocking and sometimes moving as they talk about starting their periods, grooming their pubic hair, sex, childbirth and the traumas of rape and female genital mutilation. In the process, they attempt to gain a better understanding of this part of themselves and the way it shapes women’s lives.

Laochra Gael returns for a 17th series with the personal stories of six more GAA heroes. This year Colm Cooper, Rena Buckley, Seamus Darby, Andrew O’Shaughnessy and Kieran Duff will be putting their stories on camera with help from their families, friends and opponents. It begins with the story of Kilkenny hurler Jackie Tyrell, who won nine All Ireland titles and was recognised as one of the best defenders to ever play the game. But for a long period, Tyrell’s own lack of confidence crippled him even as he captained his county to glory. This programme explores the depths of that self-doubt and how he finally overcame it after meeting a man who would change his whole attitude to life and to sport.

The Brit Awards 2019
Wednesday, Virgin Media Two, 8pm
Jarvis Cocker mooning Michael Jackson. Chumbawamba throwing a bucket of ice cold water over John Prescott. The KLF dumping a dead sheep at an after-party: The Brit Awards have thrown up their fair share of talking points over the past 38 years. And although Stormzy and Dua Lipa were the big musical winners last year, it was debutant host Jack Whitehall who grabbed the headlines for his digs at the likes of Olly Murs, S Club 7’s Paul Cattermole, Sam Smith and, in particular, Cheryl Tweedy and Liam Payne. Whitehall should have a fair bit of ammunition to use when he returns as host. This year’s headliner is DJ, musician and producer Calvin Harris, who will be joined on stage at London’s O2 arena by collaborators Smith, Lipa and Rag’n’Bone Man for the smash-hit tracks Promises, One Kiss and Giant.

After his studies of romcoms, heist movies, coming-of-age stories, sci-fi, horror and Christmas films, film critic Kermode turns his attention to Academy Award winners. With the red-carpet season set to reach its climax at Sunday’s Oscar ceremony in LA, Kermode looks back at past winners of the prestigious Best Picture award and celebrates some of the most memorable performances. He also examines the techniques and conventions used by the directors, scriptwriters, actors, producers and composers who worked on these cinematic classics.

Jump Girls
Thursday, TG4, 9.30pm
Horseracing is the only one major professional sport where women and men go head to head for the same prizes. This bilingual two-part documentary provides unique access to the key women making their living at the top of National Hunt racing: trainer Jessica Harrington and her daughters Kate and Emma, and jockeys Rachael Blackmore, Katie Walsh, Lisa O’Neill, and Katie O’Farrell.During the making of Jump Girls, Blackmore became the first woman ever to lead the Irish Jump Jockeys Championship as well as the first woman to win three races on the same day. At the 2018 Cheltenham Festival, female jockeys won four races for the first time in festival history, while three women rode in the most famous race of them all, the Aintree Grand National.

Sleeping with the Far Right
Thursday, Channel 4, 9pm
Jack Sen, a self-styled spin doctor for the nationalist movement, manages websites and social media groups to promote his own beliefs and those of prominent figures in the far right. Alice Levine sets out to discover why Sen holds the beliefs he does by spending a week in his home, hoping to find out how his worldview shapes his family’s life. She also follows Sen as he attends nationalist events and activities. After spending seven days in his company, how will Levine feel about her new acquaintance?

Score: Cinema’s Greatest Soundtracks
Friday, BBC4, 9pm
What makes a great movie soundtrack? In this one-off documentary, elite Hollywood composers and movie-makers including Hans Zimmer (The Lion King, Gladiator), James Cameron (Titanic, Avatar), Danny Elfman (Edward Scissorhands, The Nightmare Before Christmas), John Williams (Star Wars, Jaws), Quincy Jones (In the Heat of the Night, The Italian Job) and Trent Reznor (The Social Network, Gone Girl) give a privileged look inside the creative challenges making a score match the tone of a film. They also explain how sound effects and music should compliment the dialogue of the movie, and vice versa.

Gogglebox
Friday, Channel 4, 9pm
The armchair critics are back for a 13th series – pretty impressive for a show that only started in 2013. It’s certainly been on air long enough to turn some of the regulars into celebrities in their own right, but will any of tonight’s contributors belatedly share their thoughts on Steph & Dom: Can Cannabis Save Our Son? or, to keep it more topical, former Goggleboxer Sandi Bogle in Famous and Fighting Crime?

The first run of the grime star’s chat and entertainment show apparently went down a treat with fans, because the English rapper also known as Tyrone Lindo is already back for a second series. Expect more big names to participate in these new episodes, which are also set to include musical performances, surprise collaborations and a variety of unexpected moments. Comedian Mo Gilligan is also back as co-host.