The Unbelievable Story Of Carl Beech: Fascinating and stomach-churning 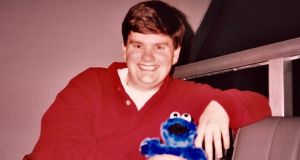 The Unbelievable Story Of Carl Beech (BBC Two, Monday) is one that probably didn’t resonate much at the time in Ireland, but makes for a fascinating, stomach-churning and forensic breakdown of an horrific false accusation.

In 2014, an articulate NHS middle-manager Carl Beech wrote a blog detailing alleged appalling abuse – rape, torture, and three murders – he had suffered or witnessed in the 1970s and 1980s.

The 12 men, including his stepfather, he accused of being in the paedophile ring were British elite: Lords, politicians and army types, most of them unfamiliar here, aside from former UK prime minister Edward Heath and Jimmy Saville. “The magnitude of the allegations was mindblowing”, observes a journalist who initially broke the story.

It was in the wake of the Saville case, and the Metropolitan Police took the allegations seriously from the off, declaring them early on to be “credible and true”. There followed well-publicised dawn raids on homes of the accused and a 15-month investigation, Operation Midland, which cost £2.4 million.

A couple of years down the line, there turned out to be no evidence and the case unravelled, exposing a hoax. Beech had even fabricated emails from an another invented witness, “Fred”. When police finally got round to a proper investigation, they also found thousands of child abuse images on Beech’s computer.

It was, as a former High Court judge says, “unjustifiable and frankly incompetent policing”.

The pendulum swing – from an environment where abuse victims are not believed, to one where an accuser was automatically believed – has led not just to grave injustices that can never be righted, but has made it harder for real victims to get a hearing.

As well as that judge and journalist, Vanessa Engle’s impressive and scathing documentary includes police interviews, Beech’s blogposts, input from police, families of those accused and footage of some of the men, and Dawn Beech, his ex-wife of 18 years. Watching this, you wonder why it took till December 2016 for police to interview the straight talking, no-nonsense ex. She describes watching a documentary where his alias “Karl” talked about the abuse, recognising her ex-husband from the silhouette (a lesson there for TV), and immediately knowing it was not true. On first hearing his allegations, “I thought, What? What? Really? Really? Really?! Come on. You just think – what the actual f**k is that about?” When his accusations fall apart her reaction was “no shit Sherlock”.

Mind you, surely there was a clue too in Beech’s bad poetry, which the filmmakers, in an inspired move, get some interviewees to read aloud. “I had to take part in some awful things/ and deal with the nightmares that today it brings”.

There’s an air of thriller to Engle’s documentary. Beech fled to Sweden, buying a house near the Arctic circle, but ultimately was tried for the false allegation, and is serving 18 years (arguably longer than an abuser would have got, had the accusations been true).

Why did he do it? For the money (£22,000 in compensation)? For the press and police attention? Was he just a deranged fantasist? The mystery remains at the end of the thriller.