Pat vs ex-pats: Kenny wonders if emigrants have paid their dues

Newstalk host is at his most logical during spirited encounter, while Vicky Phelan tells her story to the world in BBC documentary 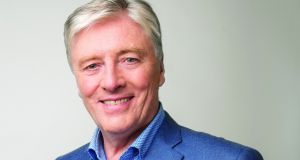 In a week when much radio coverage is given to the disproportionately high number of pupils from affluent areas entering third-level education, Pat Kenny is more interested in another question. While everyone else asks where university students originally come from, Kenny is curious about where they eventually go.

On Monday’s programme of the Pat Kenny Show (Newstalk, weekdays), the presenter conducts an interview with Karen McHugh, CEO of emigrant support charity Safe Home Ireland, about the barriers faced by returning ex-pats. What should be a worthy but slightly dull topic turns into an unexpectedly spirited encounter, with Kenny unloosing volley after volley of impatient logic at his unsuspecting guest.

It starts out innocuously enough, as McHugh explains that returning Irish emigrants run into problems opening bank accounts or getting car insurance. Things start to wobble when she remarks first-time buyer mortgage grants aren’t available to those who have lived abroad for some years. Far from being sympathetic, the host adopts the position of Irish taxpayers who have “done our bit” while others have been working abroad. “Why should people be given our tax when they haven’t paid any tax here?” Kenny demands. His guest sounds taken aback, calling it a controversial view. “It’s a logical point at the same time,” Kenny shoots back.

Things get worse – or better, depending on how you like your radio – as students and alumni come into Kenny’s crosshairs. As McHugh says ex-pats returning here often pay high international college fees for their children, the host goes on a riff about Irish-born doctors who “get their education on the cheap” but “as soon as they’re done, they’re up and gone”. Hitting his stride, he adds, “you’re asking us taxpayers to fund people to come home and get their education on the cheap and probably leave again”.

By now, Kenny has his guest under full siege. Regarding elderly emigrants seeking nursing homecare here, McHugh says the remittances they once sent to their families was money for services. “No, no, no, no, no,” Kenny interjects abruptly. “The taxman did not get any of this money.” In the face of this relentless auditing, McHugh sounds shell-shocked, “We’ll have to agree to disagree,” she concludes. Kenny may give his guest a raw deal, but listeners certainly get their money’s worth.

Elsewhere, the presenter gets an unpredictable return from his conversation on that hoariest of chestnuts: whether, wait for it, “the PC brigade has gone too far”. Senator Ivana Bacik goes up against journalist Niamh Horan, with both guests going through well-rehearsed arguments. Then Horan drops a bombshell. “What women say they want and what they really want are two different things,” she says, citing the popularity of 50 Shades Of Grey as proof that they like to be “pursued”. Bacik sounds dumbfounded. “I don’t think lots of people watching 50 Shades Of Grey adds up to women not being very clear what ‘no’ means,” she replies. Kenny, for his part, splutters in disbelief at Horan’s claim. Clearly, there are some things that defy logic.

There’s one woman who shouted “stop” to seismic effect this year, of course. Vicky Phelan: The Woman Who Changed Ireland (BBC World Service, Wednesday) is both an affecting personal portrait of the Limerick campaigner and – as one might expect from a documentary aimed at an international audience – a neat if enraging overview of the cervical cancer check scandal that she uncovered. Reporter Helen Devlin hears the terminally-ill Phelan recount how she realised that her original misdiagnosis ended up in a systematic cover-up in the HSE. “You’re jumping into conspiracy theory mode,” she says of her gradual discovery of the facts, even as her illness worsened.

Phelan is alert to the scandal’s wider ramifications. Observing that most of the women affected by the scandal “have had very bad treatment by their doctors”, she connects her “bolshie” outrage to other changes in Irish society: “Women are not willing to take it any more.” Her anger and determination are evident, but she never gives any hint of pathos or despair, even as she takes Devlin to the strand where she plans to have her ashes eventually scattered. Not that she plans to go any time soon: she describes the positive effects of a new drug she is taking. Plus there’s still work to do. “When I see the system has changed,” Phelan tells Devlin, “then I may rest”. That being the case, she may be around for a long time.

The system that sees university access heavily skewed towards pupils from better-off areas is dissected on Tuesday’s Drivetime (RTÉ Radio 1, weekdays), as Mary Wilson hosts an absorbing discussion about the annual figures on “feeder schools”. Wilson hears how more can be done to increase student numbers from disadvantaged areas, and indeed whether the figures paint a misleading picture by excluding post-Leaving Certificate courses and apprenticeships.

Amid the analysis, there are some notable personal touches. Maynooth University lecturer Katriona O’Sullivan talks about her parents being drug addicts and finding education “by accident”. She values university education for giving people access to lifestyle and earning “premiums”: “No child dreams of cleaning somebody else’s toilets,” O’Sullivan comments pithily. Meanwhile, the perennially professional Wilson sounds more emotionally engaged with the topic than usual. “I don’t want to forget rural Ireland, because I was a country kid,” she says at one point. Coming from a presenter who rarely takes her cards out of the packet, never mind play them close to her chest, it’s akin to a tell-all tabloid memoir. You learn something new every day.

Radio Moment of the Week: Sarky birthday to you

Regular listeners to Saturday With Cormac Ó hEadhra (RTÉ Radio 1) will be familiar with the host’s irreverently scornful attitude to platitude and, on occasion, to politeness, particularly when it comes to evasive politicians. But even his compliments can be barbed, as pundit and Irish Times columnist Noel Whelan learns after he reveals on-air that he is having a landmark birthday. “During the break, we’ll sing happy birthday to Noel Whelan,” says Ó hEadhra chirpily. “Fifty, Noel? You don’t look a day over 60.” After greetings like this, you wouldn’t want to be on Ó hEadhra’s Christmas card list.