Hotline to the intimate secrets of the world 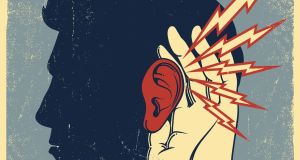 This instalment of Nick Van Der Kolk’s massively successful and long-running human-interest interview show is a massive surprise. As a form, the podcast allows us access to hidden spaces. Much of what we listen to when we listen to podcasts is documentary, interviews, pop-culture commentary: we listen to stories of life.

On The Secrets Hotline, we are listening to the deepest secrets of anonymous strangers. They call Van Der Kolk’s hotline and they whisper their truths down the line, and some of them are compiled without interruption. George Langford and Build Buildings’ sound design provides a perfect backdrop to this audio montage of the inner lives of many different kinds of people. It moves from theme to theme, to total silence depending on the tone and shape of the secret. It is a slightly remarkable thing to hear the interaction of gorgeous music with the textured, low-fi phonecalls where the secrets are spoken.

The secrets come in all shapes and sizes. A golf cart hit-and-run, a secret history in sex work, stealing from vending machines, unspoken reasons for breaking up, one or two callers who can’t quite bring themselves to say what they did – there is a distinct sense during many of the confessions that these are truths that have never been spoken aloud before. One gentleman who absolutely can’t stand Love + Radio itself and needs to let them know and is so close to deleting his subscription to the podcast. A nutritionist who, just before she called, ate an entire pint of ice-cream – and who could she ever tell about it? Something slightly beautiful happens at the end of some of the confessions: it is possible to hear the relief in the voices of the callers, and sometimes their own shock at hearing something they had long contained spoken aloud.

The episodes never quite descend into bleakness or heaviness – there is a skilful curation at hand that balances the emotional elements of secrecy and humanity very carefully. It is a letter-box view into the most intimate moments of strangers’ lives, but never feels perverse or exploitative. It feels like more of an audio installation than a documentary. Post Secret, an online community that has been running since 2005 displays a curated set of secrets from strangers on the back of postcards, a fresh set every single Sunday. These episodes of Love + Radio operate on that same principle, leaving listeners a set of sparse, intimate glimmers into the human condition. It works because it is interrupted, and the soundscapes honour the individual secrets, regardless of whether they handle death or sex or ice-cream or taking drugs before going to Mass on a Sunday. Both episodes come in at around 20 minutes each, and make a gorgeous and unusual listen that may leave you more thoughtful and curious by the end – or maybe even tempted to pick up the phone to the hotline yourself, ready to tell your own secrets.