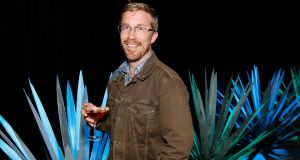 Hashtag inventor Chris Messina had no interest in making money from it. Photograph: Kimberly White/Getty Images

The venerable hashtag on Twitter is celebrating its 10th birthday. It seems strange to think something so foundational to the planet’s mad, bleating id has only been here for a decade.

Although it got its start on Twitter, it’s also ever-present on Facebook and its absence would make the likes of Instagram all but unusable. It’s a sign of this ubiquity that just 10 years since its most recent evolution, the idea of one person “inventing” the hashtag seems as hard to wrap your head around as the creation of the question mark, or the apostrophe.

Hashtags were first invented as a Twitter tech tool by Chris Messina, who didn’t even work for Twitter. Messina was a Google engineer who thought appending the pointy prefix to a word at the end of your messages would be a handy way of separating messages into easily searchable terms for groups, themes or topics. A similar concept, channels, had existed on chatrooms of the day, but he was the first to consider it scalable for the nascent social media juggernaut.

Confusingly enough, before this most recent application, many Americans referred to the hash or number sign (#) as a pound sign despite there already being, you know, one of those in common use.

And so landed the hashtag in something like its present form, although admittedly without the catchy name we nowadays love. The term hashtag was coined three days after Messina’s message, by blogger Stowe Boyd. Boyd found it a perfect distillation of his own earlier idea of “groupings”, which you probably know better as “ad hoc assemblages of people sharing a common interest implied by a tag”. While the world wide web never really clasped terms like “groupings” – or indeed “tagspace”, another natty appellation he coined in the very same article – to its collective, digital bosom, the “hashtag” was now officially born. As, indeed, was “hash tag” since smartypants Boyd used both in his article, therefore nicely hedging his bets for posterity.

So the internet now had a concept and a name that would soon colonise the entire world. Surely, this placed Messina in the fast lane of the information super highway’s path to digital age super-stardom?

Well, not really. For one thing, Twitter initially wasn’t that fussed that fussed with the hashtag, snazzy name or not. It’s a common refrain among users that the people who make the decisions at Twitter HQ sometimes don’t seem like they understand the product they sell. In the past few years, Twitter has enraged devoted users with everything from circular user interface buttons, brand new reply functions, and a staunch refusal to block offensive material. So, perhaps it’s not surprising that it didn’t spot what Messina was offering for what it was at the time.

It saw hashtags as a solution to a problem that didn’t really exist, and felt the service didn’t need to implement any such thing. Twitter also felt that users wouldn’t care about something so clearly fiddly, nerdy and alienating to anyone but computer science geeks.

This didn’t bother Messina and his cohort of humble messengers, however, who started using it among themselves, and spreading the practice on a micro-level. “The number one question I get,” he told Wired in April, “is ‘Oh, you worked for Twitter, right?’ No, I never worked at Twitter. Yes, I contributed to it at some point. But the hashtag was not created for Twitter. The hashtag was created for the internet.”

Eventually, the world did begin to catch on to hashtags, and in October of that year the first big hashtag campaign took off. Nate Ridder was trying to collate reporting about fires that had broken out in southern California into manageable streams. He did so with the hashtag #sandiegofire, and over dozens of posts his reader base came to know and understand the meaning and utility of that odd, little slanted grid.

From here, things accelerated to the point that hashtags were officially adopted as canon by the platform in 2009, and soon became a governing tool in its infrastructure, allowing trending news stories to be easily sorted and channelling topics into oceans of relevant information rather than a morass of competing nonsense. It wasn’t long before the hashtag was becoming content itself, and being used to make postmodern gags in which the tag itself completed a joke or pun.

Nowadays, hashtags are ubiquitous to the point of self-parody, endlessly replicated as desktop figurines, plushy toys, video game characters and even doughnuts. Edible hashtags actually come in several iterations, with arguably the most memorable being Birdseye’s delectable, crispy potato products, the much maligned and criminally underrated Mashtags. Now seemingly discontinued, Mashtags were an inarguably shameful and desperate grab toward the young potato-eating demographic, but it should be remembered they were also effectively potato waffles without the outer border, and therefore delicious.

In any case, despite single-handedly creating perhaps the most enduring symbol of the modern web, and one currently adorning everything from rolling news chyrons, bestselling books and movie posters to the backs of products convinced their customers will want to “join the conversation” about their favourite non-smearing window cleaner, Messina never patented his invention. This means that he never made a penny from his status as the tagfather, nor has he ever expressed an interest in doing so.

“I had no interest in making money [directly]) off hashtags” he told a Q&A session on Quora in January of last year. “The value and satisfaction I derive from seeing my funny little hack used as widely as it is today is valuable enough for me to be relieved that I had the foresight not to try to lock down this stupidly simple but effective idea.

“They are born of the Internet and should be owned by no one.”

Long before its web applications, the # symbol was used to symbolise a pound in weight, and by the mid 19th century was being used to denote numbers generally. This confusion was worked around by insisting that when the hash preceded a digit (as in #65) it denoted a number, and when it followed a digit (as in 65#) it denoted its weight in pounds.

Some historians have said the @ is found in monastic writings of the 6th or 7th century, and the “a” shape is actually just a shortened “ad”, (meaning “at” or “to”), which saved monks precious micro-seconds each time they avoided writing that extra d. Others say it was first seen in the 18th century in its “price per unit” sense, ie “six barrels @ £10 per barrel”. The symbol was first used in an internet context when Ray Tomlinson sent the first ever email in 1972. He chose it as it would denote both the person and their location, and it was a character that didn’t exist in people’s names.

Slashes and backslashes are used as separating markers for websites, just as they’ve been in offline directories since well before the pre-internet age. Nowadays, however, they are mostly thought of in relation to their web applications. This is a fate much lamented by Guns N’ Roses’ Slash, who has complained that his distinctive name went from being a word only uttered in relation to gruesome murders, to one near-exclusively associated with tech blogs and fan fiction.

Netflix: 10 of the best new shows and films to watch in August
10 Miracle warnings and a lack of bull
Real news has value SUBSCRIBE