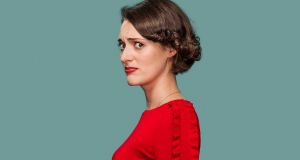 Early in her career, running a small theatre company, Phoebe Waller-Bridge became fascinated with a particular kind of writing exercise. It was called Funny/Not Funny, a challenge she explained as: “How do you make an audience laugh in one moment, then feel something completely and profoundly different in the next?”

That became the guiding logic behind her fantastically sharp Fleabag (BBC One, Monday, 10.35pm). It first caught public attention as a solo theatre performance in 2013, in which Waller-Bridge effected slalom-pole shifts between her character’s scandalously funny behaviour and the darker reflections behind them.

In 2016, it became a rivetingly funny, tremendously excoriating television show. And in 2019, like clockwork, the show returns for a second series. The surprise this time is that it feels as much like a continuation as a rebirth.

Its first episode, last week, made a frenetic, barbed comedy out of a psychodrama; where a pre-wedding family dinner for her prospective mother-in-law (a divinely disparaging Olivia Coleman) manages to culminate in bloodshed: in her sister’s miscarriage (which Fleabag claims as her own), her own bloody nose (courtesy of her sleazy brother-in-law) and a priest’s black eye (collateral damage, borne by a wonderfully prickly Andrew Scott).

The second episode, this week, was as full of surprises, none more startling, to my mind, than a quick wink to the camera that somehow changed everything. Viewers of the show will be familiar with the gesture: Waller-Bridge’s performance is full of asides, as intimate as a Shakespearean soliloquy, as conspiratorial as a private joke.

But here, asked if she has anyone to talk to by Fiona Shaw’s dry therapist, the joke lands with a sudden smack. Yeah, she says, and shoots us a wink and a click. It’s both amusing and horrifying. We are her enablers.

That Fleabag is pursuing another dubious relationship is hardly news, yet her pursuit of Scott’s priest – sensitive, sweary, patently alcoholic, and ambiguously unattainable – puts a new spin on things.

Fleabag, an avowed atheist, didn’t know that was an option, but her belief in the audience seems stronger. Why not? We’re devoted followers of her marvellously twisted family story, relentless consumers of sexual damage, acid confidants in her defensively black humour.

“Loneliness pays,” she shrugs to her sister when her café’s Chatty Wednesday policy proves successful. That line carries another subtle shiver, because it comes close to defining the appeal of the show, as sympathetic as it is cynical.

Introducing her to an abhorrent lawyer, her sister informs Fleabag that he only defends rapists. “High success rate?” Fleabag enquires. “Undefeated,” her sister nods.