History of Wolves by Emily Fridlund 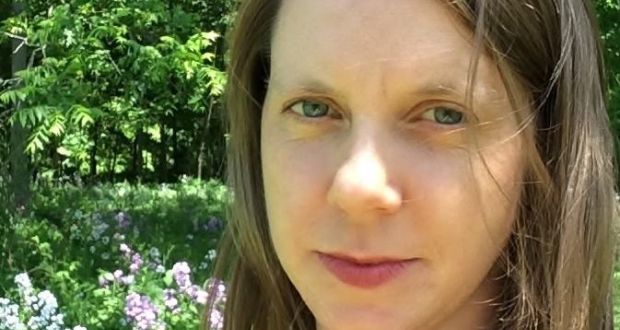 Emily Fridlund: While the two plots might lessen the power of their individual stories, they work well in juxtaposition to highlight the novel’s themes

“What’s the difference between what you think and what you end up doing?” Complex questions around culpability are the crux of Emily Fridlund’s debut novel History of Wolves, a compelling story that is shortlisted for this year’s Man Booker Award. Teenager Linda Furston lives with her parents on an old commune in rural Minnesota, the last inhabitants, geographically and socially isolated.

Known as “Freak” at her high school, Linda is a loner whose astute observations show a mind more adult than child. She scorns her fellow classmates, collectively deeming them “the Karens, girls despising themselves in mirrors – scratching”. With a self-possession and command of language that is unnerving in a teenager, Linda stalks about the school, carefully observing other outsiders: “Lily had big brown eyes, dyslexia, no pencil, a boyfriend.”

In these brief sections, there are echoes of Curtis Sittenfeld’s Prep, though the landscape in Wolves is far from privileged. In the freezing winter climate, students watch each other, “clicking their mechanical pencils until the lead protruded obscenely, like hospital needles”. Come summer, they’ve tuned out: “May was such a dissociative time. Everyone had that underwater look in their eyes, especially teachers. It was so hard to care – if anyone ever cared to begin with.”

But Linda does care, and it is her tendency to over-involve herself in other people’s lives that makes her complicit in tragedy by the book’s end. The narrator of Emma Cline’s The Girls finds herself in a similar situation, looking back, as Linda does, years later on her own part in an appalling situation. Fridlund’s Linda seems more in control of her choices than Cline’s naive and impressionable teenager. The two main plots in Wolves show different sides of a young woman who is out to push boundaries, especially when it comes to power.

The first concerns a new history teacher, Mr Grierson, and the rumours about his relationship with one of Linda’s classmates. Intrigued by the gossip, Linda cadges a lift from him one afternoon. She brushes pine needles off his lap in the car: “What I’d done didn’t feel sexual. Let me be clear about that. It felt like grooming. Or like coaxing a dog to you, watching its hackles rise and fall, and then you have a pet.” A dense and challenging storyline develops that will intrigue readers and leave them wanting more detail.

Fridlund favours her second plot instead, which sees Linda become obsessed with new neighbours across the lake. From the moment she spies on them with a telescope, Linda is drawn to the young mother Patra and her four-year-old son Paul. With the father Leo – an older university lecturer – away on some mysterious research project, Linda quickly embroils herself in the family as babysitter to Paul and new best friend to the ethereal Patra.

Fridlund’s writing is vibrant and exacting, from describing Paul’s world – “He’s four, he’s got an owl puzzle to do, don’t talk to him” – to the wild natural landscape that surrounds her characters: “The room felt poured in sunlight. The uriney kind, pale and thin and hot . . . the buds were still hard as arrow tips on the trees.”

The author grew up in Minnesota and has a PhD in literature and creative writing from the University of Southern California. Her collection of stories, Catapult, was chosen by Ben Marcus for the Mary McCarthy Prize and will be published by Sarabande Books next year. In her young female narrator attuned both to the natural world and her own perceived physical flaws, “flat chested, plain as a banister”, there are overtones of Margaret Atwood’s Cat’s Eye.

History of Wolves doesn’t quite take off in the same fashion, with the novel’s intensity diluted by its two story strains. The title pertains to a barely referenced history project whose symbolism is slight. The adult sections that see Linda struggling to live with a boyfriend don’t come to life as much as the past.

But while the two plots might lessen the power of their individual stories, they work well in juxtaposition to highlight the novel’s themes, namely the arbitrary nature of justice and the difference between action and thought. Hints that have been given from the beginning – about a death and a trial – come to mean something with the arrival of Paul’s father Leo, an enigmatic and controlling figure who believes, to the severe detriment of his family, in Christian Science.

Linda notes of Paul’s behaviour that “there was a sharp line drawn between order and chaos”. The same can be said of the family itself, whose hurtling towards self-destruction she seems desperate to witness. As Leo tries to get Linda to understand the perverse logic of his beliefs, he asks her: “What are the conditions we assume are required for life?” By the novel’s end, Fridlund makes sure her ever-inquisitive narrator knows the answer.