Diana Rigg, star of The Avengers and Game of Thrones, dies aged 82 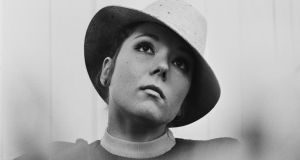 The actor Diana Rigg has died at the age of 82. Rigg was known for her roles on stage and in film and television, including The Avengers and Countess Teresa di Vicenzo, or Tracey Bond, wife of James Bond in the 1969 film On Her Majesty’s Secret Service.

Rigg rose to prominence in the 1960s thanks to her starring role as Emma Peel in The Avengers alongside Patrick Macnee. More recently she played Lady Olenna Tyrell in HBO’s smash hit Game of Thrones, although she admitted in 2019 that she never watched the show.

A statement from her agent Simon Beresford said: “It is with tremendous sadness that we announce that Dame Diana Rigg died peacefully early this morning.

“She was at home with her family who have asked for privacy at this difficult time. Dame Diana was an icon of theatre, film, and television.

“She was the recipient of Bafta, Emmy, Tony and Evening Standard Awards for her work on stage and screen.

“Dame Diana was a much loved and admired member of her profession, a force of nature who loved her work and her fellow actors. She will be greatly missed.”

Her daughter, the actor Rachael Striling, said Rigg had been diagnosed with cancer in March, and had “spent her last months joyfully reflecting on her extraordinary life, full of love, laughter and a deep pride in her profession. I will miss her beyond words.”

The pair appeared together on screen only once, in the Doctor Who episode The Crimson Horror in 2013. The episode’s writer, Mark Gatiss, tweeted a tribute, saying: “It was my great joy and privilege to have known Diana Rigg. From three slightly hysterical months at the Old Vic in ‘All About Mother’ to writing The Crimson Horror for Diana and her wonderful daughter Rachael. Flinty, fearless, fabulous. There will never be another.”

Enid Diana Elizabeth Rigg was born near Doncaster in 1938. She spent part of her childhood in India, where her father worked as a railway executive. After attending boarding school in Pudsey, Yorkshire, Rigg trained at RADA alongside Glenda Jackson and Siân Phillips.

Prior to The Avengers, she enjoyed a successful theatre career performing with the Royal Shakespeare Company; she would later return to the stage to perform in productions inclduing Tom Stoppard’s plays Jumpers and Night and Day. On Broadway, she earned two Tony nominations in the 1970s, and in 1992, she won the award in the titular role of Medea, which she played in the West End and on Broadway.

To many, however, she is best known as Emma Peel in The Avengers, having appeared in 51 episodes of the hit spy series between 1965 and 1968. In a 2019 interview, she said that becoming a sex symbol overnight had “shocked” her, adding that she “didn’t know how to handle it”, and kept unopened fan mail in the boot of her car “because I didn’t know how to respond and thought it was rude to throw it away. Then my mother became my secretary and replied to the really inappropriate ones saying: ‘My daughter’s far too old for you. Go take a cold shower!’”

After finding out that she was being paid less than the cameraman on the series, Rigg fought for greater pay, saying in 2019 that “I was painted as this mercenary creature by the press [for fighting against the pay disparity on the series] when all I wanted was equality. It’s so depressing that we are still talking about the gender pay gap”.

Other TV roles included ITV’s Victoria. Rigg won the BAFTA TV Award for Best Actress for the BBC miniseries Mother Love in 1989, and an Emmy Award for her role as Mrs. Danvers in an adaptation of Rebecca (1997).

Leading the tributes, Stoppard said: “For half her life Diana was the most beautiful woman in the room, but she was what used to be called a Trouper. She went to work with her sleeves rolled up and a smile for everyone. Her talent was luminous.”

Hare said “Diana Rigg had a dazzling change of direction in middle age as a great classical actor. When Emma Peel played Euripides’s Medea, Albee’s Martha and Brecht’s Mother Courage she swept all before her”. Stoppard said Rigg’s talent “luminous”. “For half her life Diana was the most beautiful woman in the room, but she was what used to be called a trooper. She went to work with her sleeves rolled up and a smile for everyone. Her talent was luminous”.

Her director in Medea, Jonathan Kent said: “Diana Rigg‘s combination of force of personality, beauty, courage and sheer emotional power, made her a great classical actress – one of an astonishing generation of British stage performers.

“I was so fortunate to direct her in a series of great classical roles – Medea, Phedre - in Ted Hughes’ version, specially written for her - Mother Courage and Dryden’s Cleopatra. Her dazzling wit and that inimitable voice made her an unforgettable leading figure in British theatre.”

Rigg also appears in Channel 5’s hit remake of All Creatures Great and Small, which is currently airing. She will be seen in the BBC drama Black Narcissus later this yer, and Edgar Wright’s film Last Night in Soho next year, in her final role. – Guardian, PA